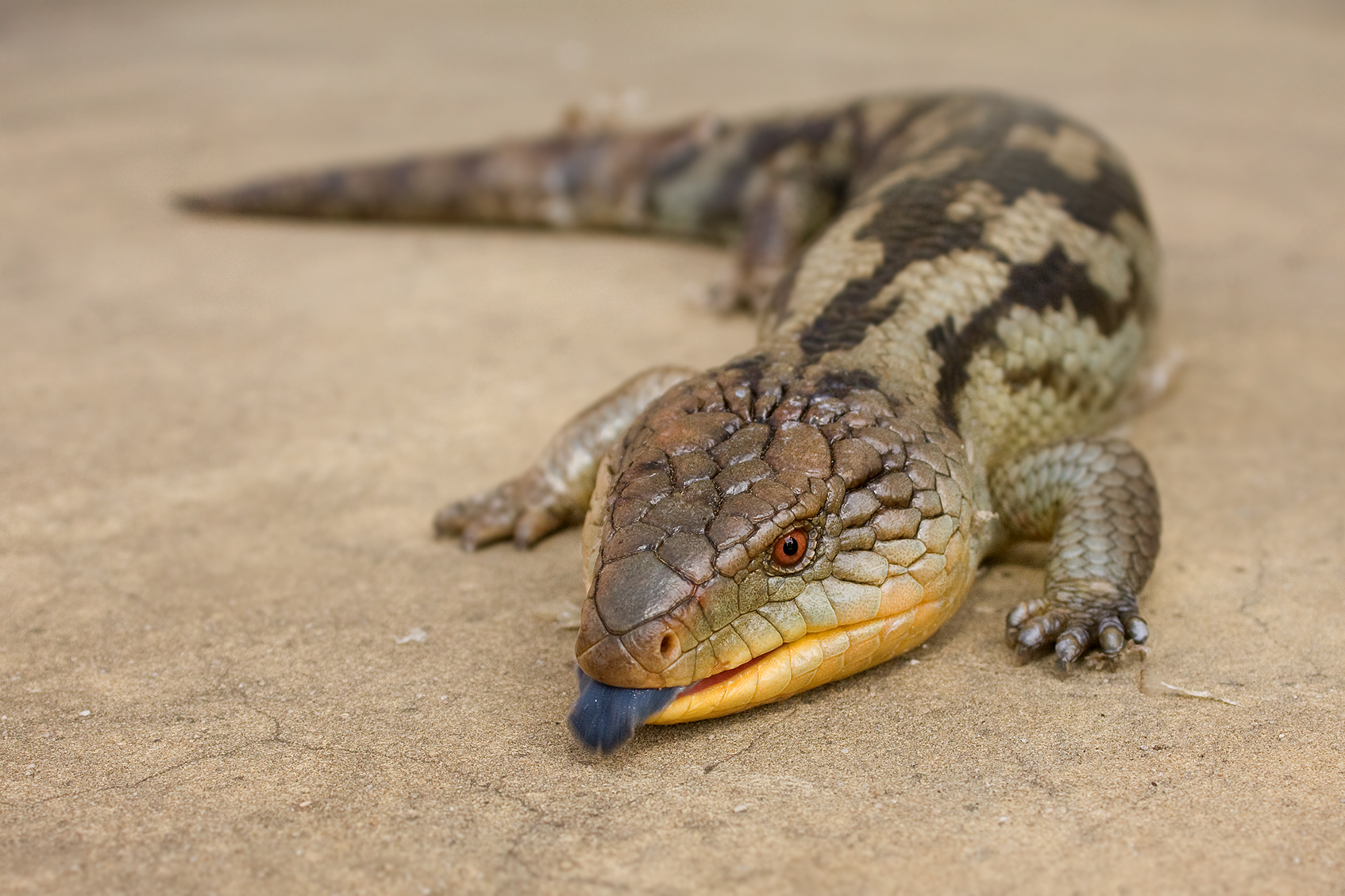 Blue-tongued skinks comprise the Australasian genus Tiliqua, which contains some of the largest members of the skink family(Scincidae). They are commonly called blue-tongued lizards or simply blue-tongues in Australia. As suggested by these common names, a prominent characteristic of the genus is a large blue tongue that can be bared as a bluff-warning to potential enemies. Blue-tongued skinks are also bred in captivity and sold as house pets.

Blue-tongued skinks are closely related to the genus Cyclodomorphus and Hemisphaeriodon. All species are found on mainland Australia with the exception of Tiliqua gigas, which occurs in New Guinea and various islands of Indonesia. One subspecies ofTiliqua scincoides is also found on several small Indonesian islands between Australia and New Guinea. Tiliqua nigrolutea is the only species present in Tasmania. With the exception of the pygmy blue-tongue, they are relatively large lizards (up to 45 cm total length), light-bodied, short-limbed, broad with distinct heads and dull teeth.

Most species are diurnal, ground-foraging omnivores, feeding on a wide variety of insects, gastropods, flowers, fruits and berries.[2] The pygmy blue-tongue is again the exception, being primarily an ambush predator of terrestrial arthropods.[3] All are viviparous, with litter sizes ranging from one to four in the pygmy blue-tongue and shingleback from five to twenty four in the eastern and northern blue-tongues.[4]