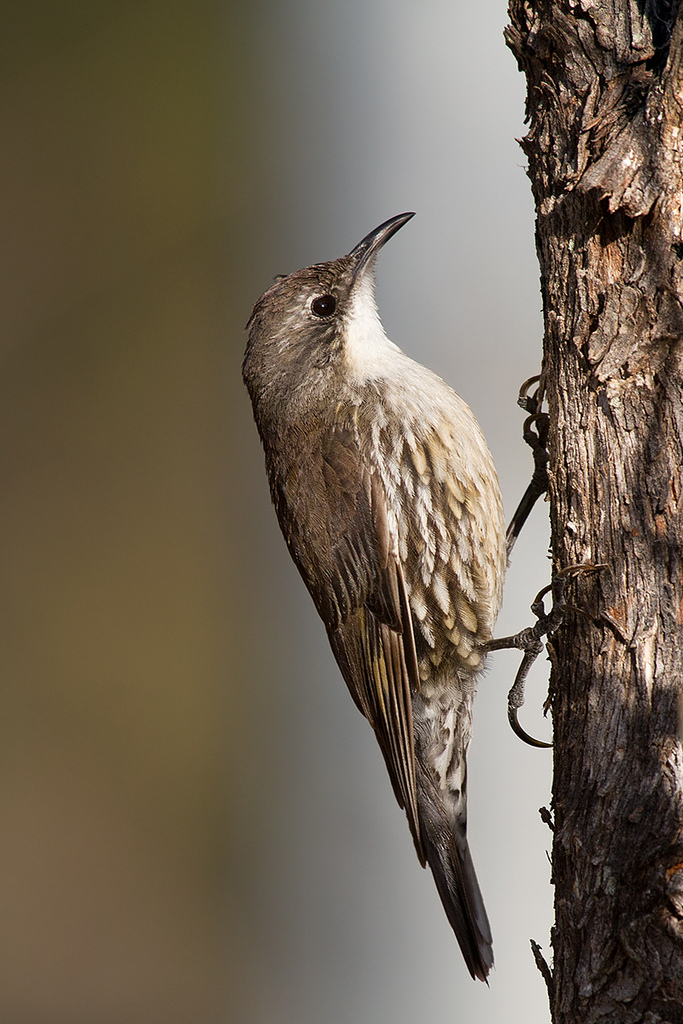 The white-throated treecreeper (Cormobates leucophaea) is an Australian treecreeper found in the forests of eastern Australia. It is unrelated to the northern hemisphere treecreepers. It is a small passerine bird with predominantly brown and white plumage and measuring some 15 cm (6 in) long on average. It is insectivorous, eating mainly ants. Unlike treecreepers of the genus Climacteris, the white-throated treecreeper does not engage in cooperative breeding, and wherever it overlaps with species of that genus, it feeds upon much looser bark[2] besides typically using different trees.

Measuring 13–17 cm (5–7 in) in length with a wingspan of 19–26 cm (7.5–10.2 in), averaging 23 cm (9.1 in), and averaging 22 g (0.8 oz) in weight, it has a white throat and breast and barred dark-brown and white belly and flanks. The upperparts and wings are a dark greyish brown, with a buff patch visible on the wings. Unlike other treecreepers, it does not have a pale eyebrow. The bill and feet are black. The female has a pale orange-brown patch on the cheek. Immature birds have an orange-brown rump and white markings on the scapulars. The call is a shrill peeping.[4][11]

The white-throated treecreeper is found from the Gulf St Vincent in South Australia, through Victoria, and eastern New South Wales and southeastern Queensland, with an area further north from Mount Spec to Cooktown. Wet sclerophyll forest and rainforest is the preferred habitat.[12]

It is Protected in Australia under the National Parks and Wildlife Act, 1974. 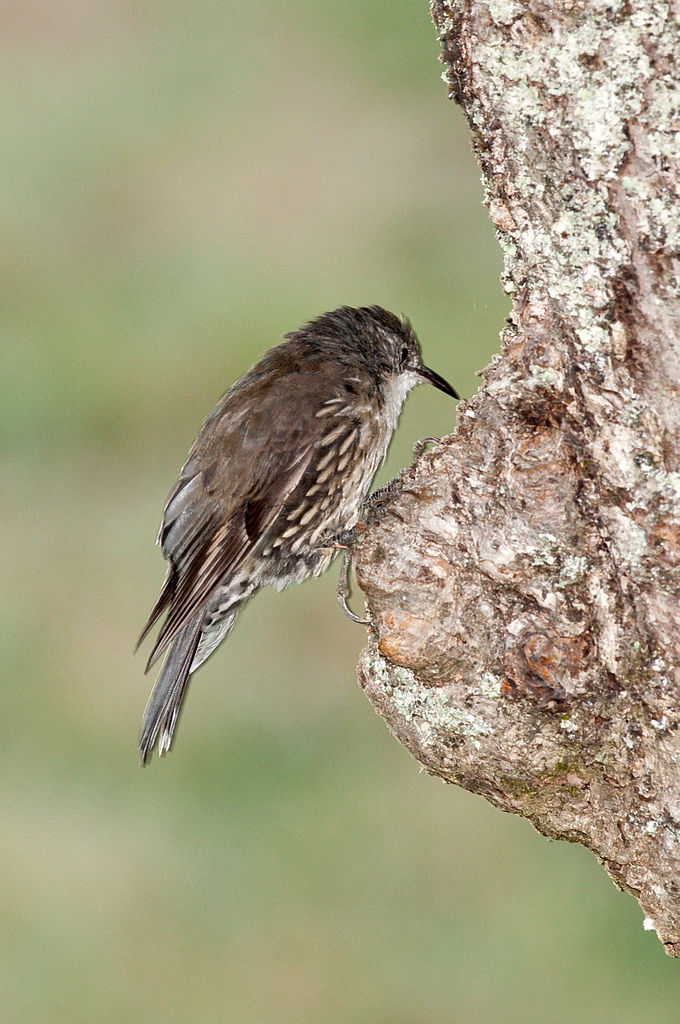 The white-throated treecreeper is predominantly insectivorous, eating mainly ants, although will eat also nectar.[13] A 2007 study in the Australian Capital Territoryshowed the white-throated treecreeper preferred foraging on the rough-barked eucalypt, the red stringybark (Eucalyptus macrorhyncha), rather than the smooth barked species, the inland scribbly gum (Eucalyptus rossii). Birds would glean (take prey while bird is perched)[14] and peer, as well as drill in dead wood, for insects.[15]

Unlike treecreepers of the genus Climacteris, the white-throated treecreeper does not engage in cooperative breeding.[16] The breeding season is August to December with one brood laid. The cup-shaped nest is composed of fur, hair, feathers, and moss in a hollow in a tree 4–5 m (13–16 ft) above the ground. A clutch of two or three creamy-white oval eggs is laid. Sparsely spotted with dark purple- or red-brown, they measure 23 x 18 mm.[12]