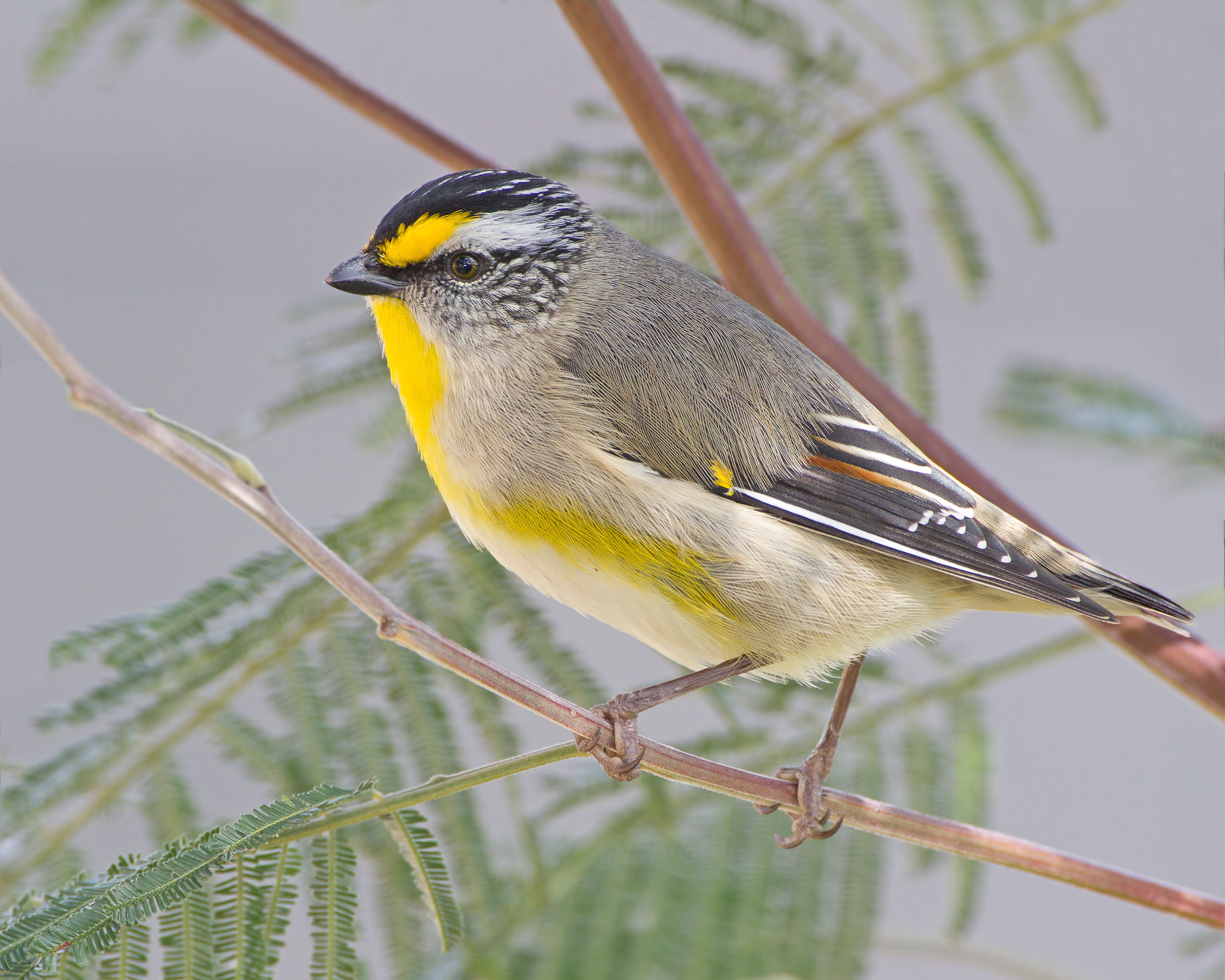 The striated pardalote (Pardalotus striatus) is the least colourful and most common of the four pardalote species. Other common names include pickwick, wittachew and chip-chip.[2] It is a very small, short-tailed bird that is more often heard than seen, foraging noisily for lerps and other small creatures in the treetops.

The striated pardalote’s plumage varies considerably across its range.[3] The crown is black, with subspecies substriatus,striatus and ornatus having white streaks.[2] The eyebrow is white, starting with a yellow mark near the beak.[2] All races have a white stripe on the wing and olive backs.[4] The nominate race has a yellow spot on the wing, whilst the other subspecies have a red dot.[2] The male and female are similar, juveniles have duller plumage.[4] Similar species include the spotted pardalote and the red-browed pardalote.[2]

Striated pardalotes occupy a vast range of habitat types from tall mountain rainforest to arid scrubland, and are found in all parts of Australia except some of the Western Australian deserts. 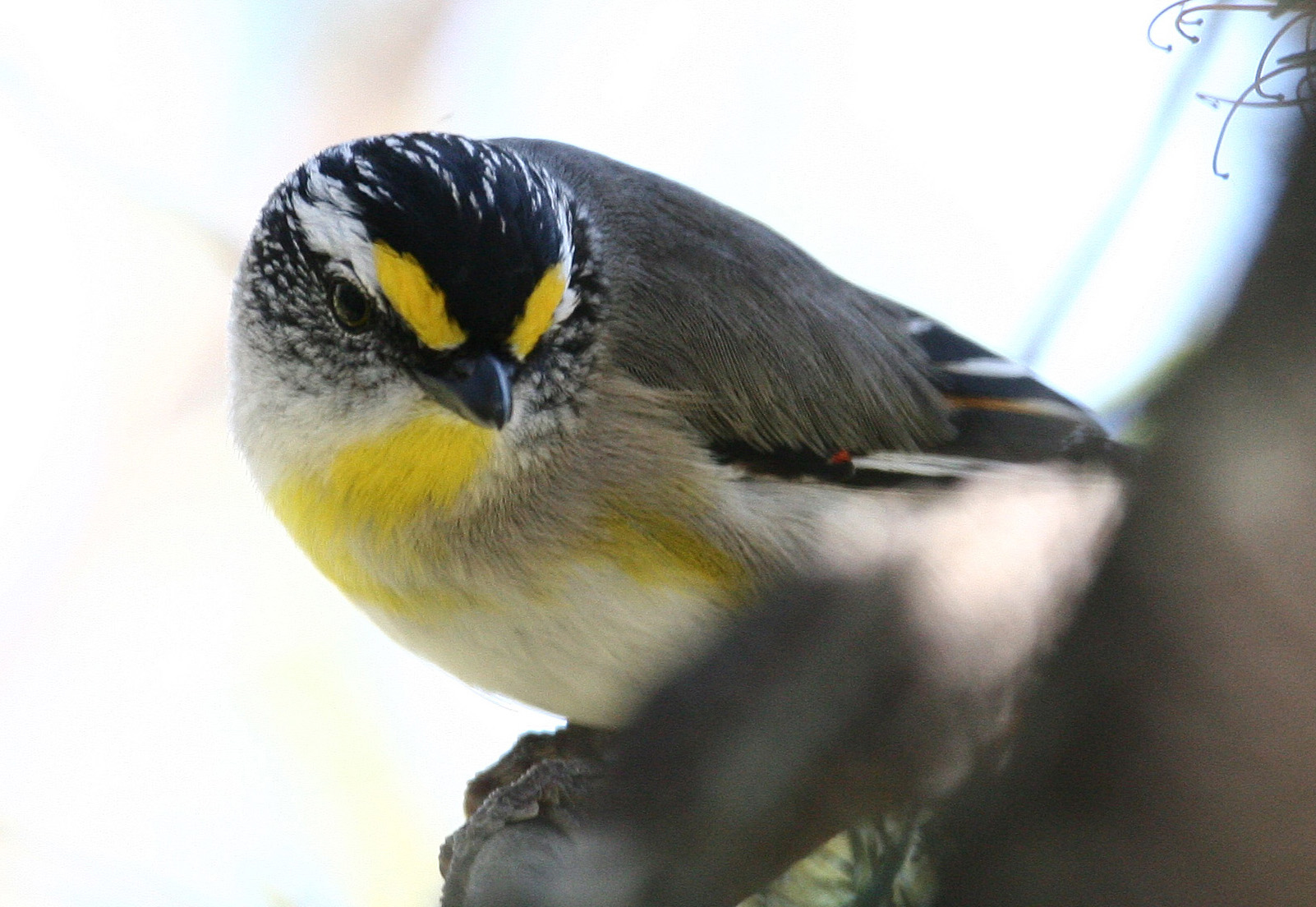 Striated pardalotes feed on insects and insect larvae. They usually do so in the high foliage of eucalypt trees, but may come closer to the ground where there are lower shrubs.[3]

Breeding occurs from June to February.[2] Two to five white, oval-shaped eggs are laid in a nest is made of bark fiber, rootlets and fine grass, and placed in tree hollow, a tunnel excavated in the side of a bank or within crevices in man-made objects.[2][4] Both sexes incubate and care for the young.[3]