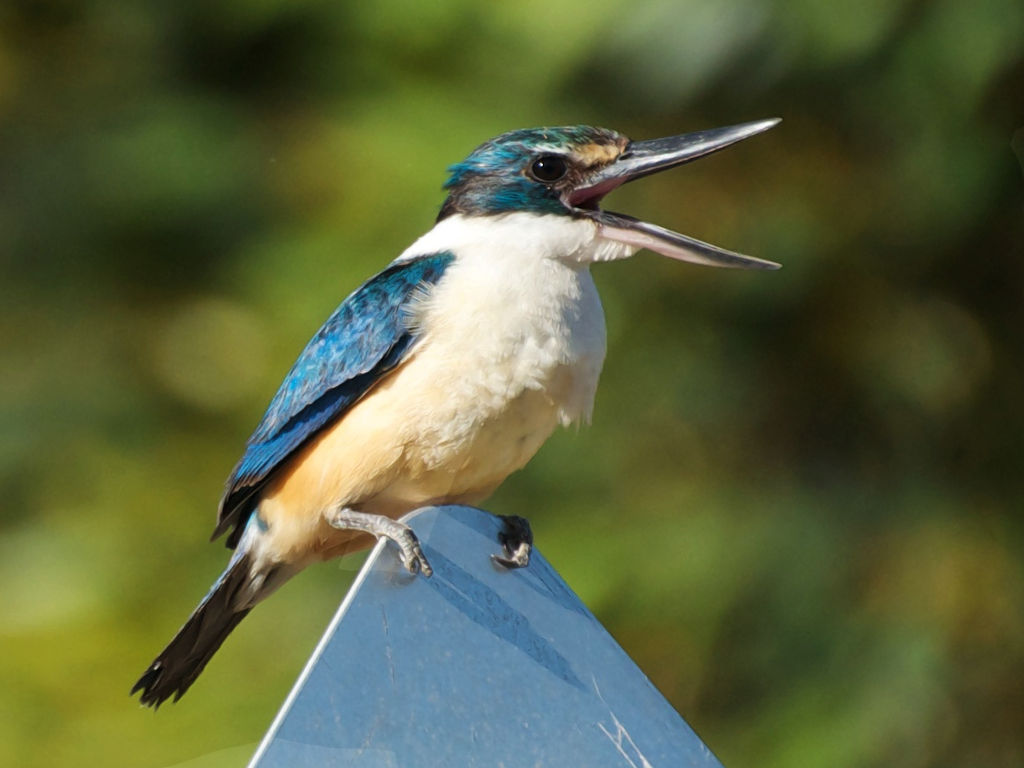 The sacred kingfisher (Todiramphus sanctus) is a medium-sized woodland kingfisher that occurs in mangroves, woodlands,forests, and river valleys in Australia, New Zealand, and other parts of the western Pacific. In New Zealand the species is also known by its Māori name kōtare.[2]

It is called “sacred” for it was said to be a holy bird for Polynesians,[3] who believed it to have control over the waves. Likewise, the local subspecies of collared kingfisher and other kingfishers in the southwestern Pacific were ascribed venerable power over the ocean.[4]

The sacred kingfisher is a medium-sized kingfisher. They are mostly turquoise, with white underparts and collar feathers. Both sexes are similar, but females are usually more dull-coloured. Juveniles have rusty-brown edges on the collar and underparts. 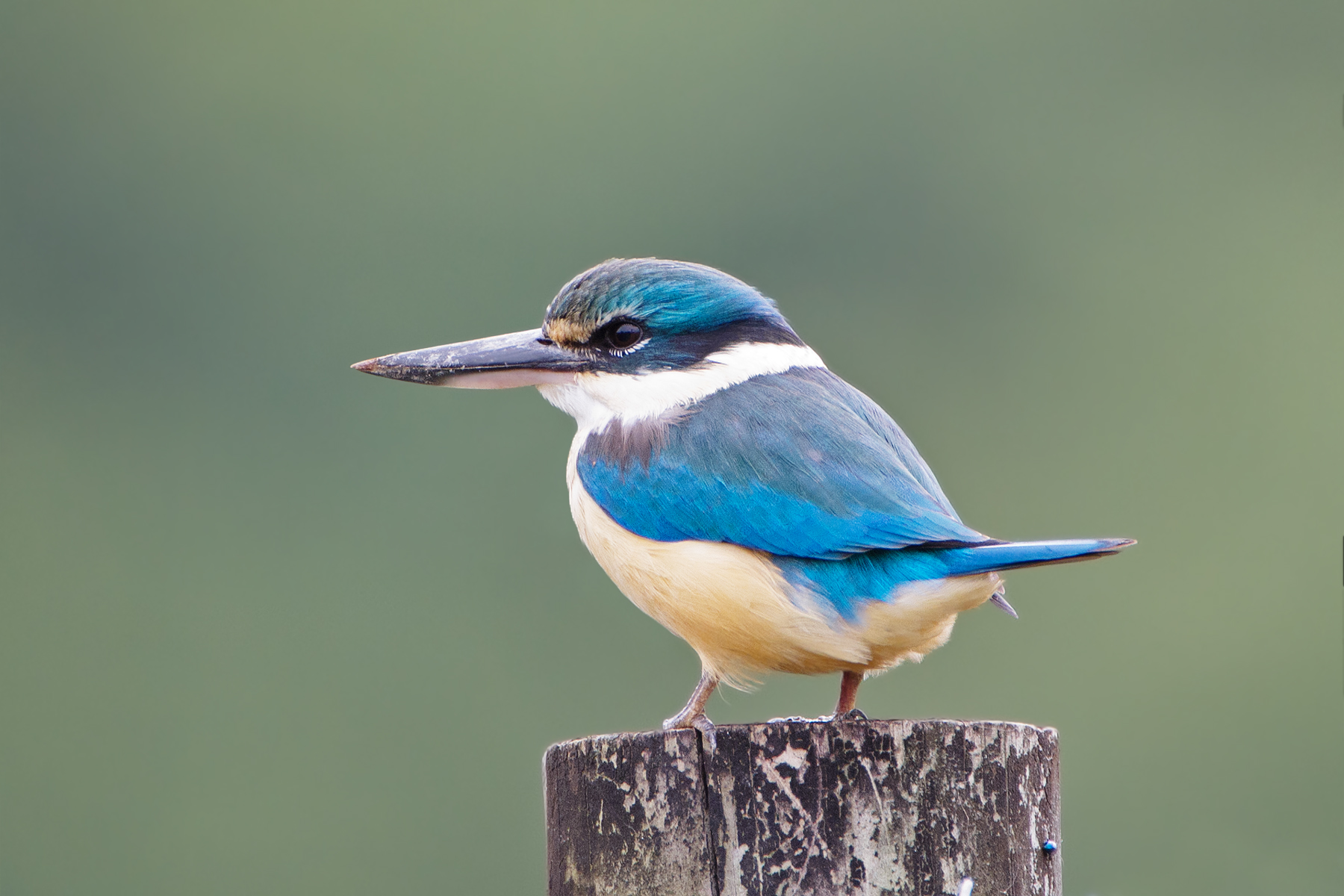 The sacred kingfisher is 19–23 cm (7.5–9.1 in) long, and feeds on insects, small crustaceans, fish, small rodents and reptiles, and there are a few reports of them eating small finches. Usually, a bird will sit on a low branch and wait for prey to pass by. It swoops down to grab the prey and returns to its perch to eat, much like a hawk.

Once a pair of birds has mated, both members of the pair dig the nest, usually a burrow in a river bank or a large, empty branch. The female lays about five eggs, and both birds incubate the eggs and take care of the young.

Sacred kingfishers are found in Australia, New Zealand, Lord Howe Island, Norfolk Island, New Guinea, eastern Indonesia, much of northern and western Melanesia, and the Kermadec Islands. This species breeds throughout much of Australia (except the dry interior), New Zealand, New Caledonia and locally, New Guinea. Populations in the southern two-thirds of Australia migrate northwards at the end of breeding season to New Guinea, east to the eastern Solomon Islands and west to Indonesia becoming uncommon to very sparse as west as Sumatra. Birds move south again to Australia in August to September. It has also occurred as a vagrant on Christmas Island (in the Indian Ocean),[5] Malaysia, the Marshall Islands, the Federated States of Micronesia, andNauru. A pair spotted in Pampanga Phillippines April / May 2016.

In Australia, it occurs in eucalypt forests, melaleuca forests, woodland and paperbark forests. In New Zealand, T. sanctus vagansshows altitudinal migration, with post-breeding movement from higher altitudes to the coast and also from forest to coast and open lands.