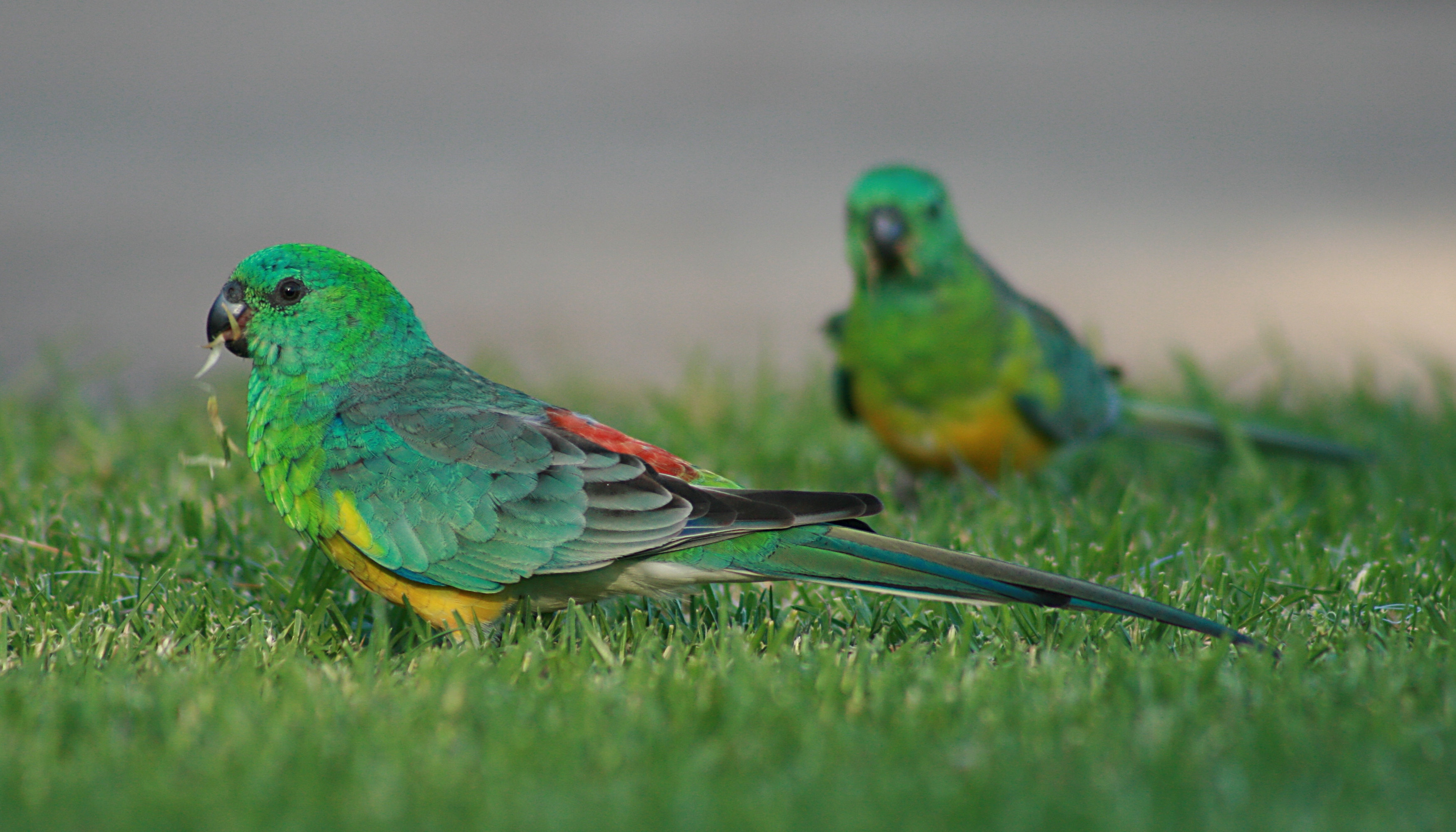 The red-rumped parrot (Psephotus haematonotus), also known as the red-backed parrot or grass parrot, is a common bird of south-eastern Australia, particularly in the Murray-Darling Basin.

Red-rumped parrots are slim, elegant, moderate-sized parrots approximately 28 cm (11 in) in length. The male’s plumage is a bright emerald-green with yellow underparts, a brick-red rump and blue highlights on the wings and upper back. The female’s plumage is less vibrant, with pale olive underparts, dull green wings and back and blue-black wingtips. The characteristic red rump is only found in the male.

Red-rumped parrots can be found in pairs or flocks in open country with access to water. They avoid the coast and the wetter, more heavily wooded areas. Clearing of large tracts of forest and the provision of water for stock has probably extended their range. They are often seen in suburban parks and gardens. Their green plumage provides such a good camouflage in ankle length grasses that they can hide quite effectively until the viewer is only 10–20 metres away.

They spend a great deal of time feeding on the ground, and often call to one another with an attractive chee chillip chee chillip. 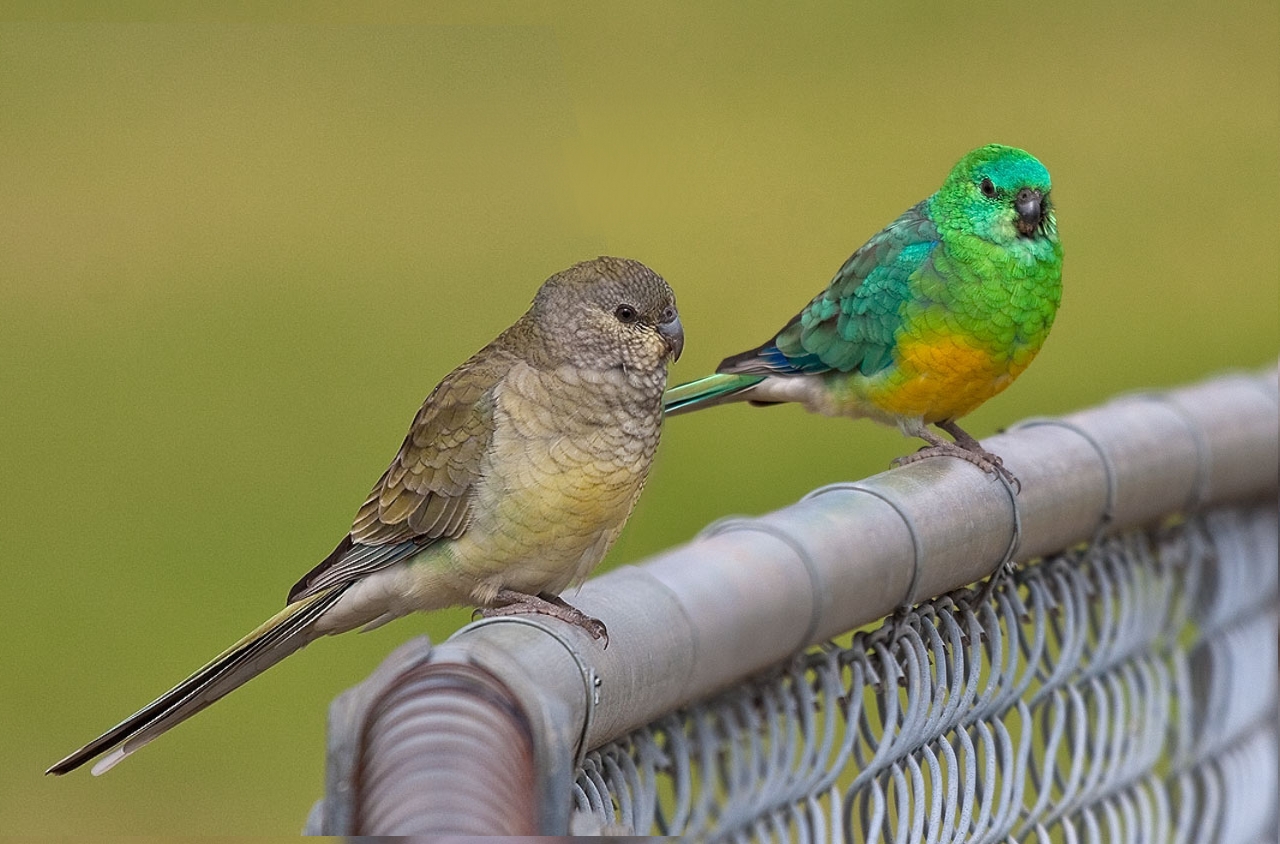 Like many parrots, red-rumped parrots nest in tree hollows or similar places, including fenceposts and stumps. They lay 3-6 white eggs, Breeding usually takes place in spring (August to January), however, in the dryer inland areas, breeding can occur at any time of year in response to rainfall.

Red rumps are bred easily in captivity if provided with necessary flight space and a large nesting box. Breeders usually use peat and wood shavings as bedding for the nests, birds like to arrange the beds to their likings. As soon as mating has occurred the hen will deposit 4 to 7 eggs which she will brood for about 20 days. Red rump hens will not go out of the nest box whilst on eggs and not even human checking will make them leave their eggs alone. The eggs will hatch around 30 days after and take care to remove the chicks as soon as they are fledged or else the cock may attack his own offspring. One-year-old birds are already able to breed. Incubation from the second egg onwards. The brooding hen is fed by her partner outside the nest.

Colour mutations have been bred through aviculture. Yellow Red rumped parrots are readily available in the market.

Red-rumped parrots do well in aviaries and cages. They don’t like to be in crowded spaces and will sometimes be aggressive towards other birds if they don’t have enough space. Red-rumped parrots can also be hand reared, provided that they have a large cage and are taken out of their cage on a daily basis to prevent boredom, as it may result in the parrot pulling out its feathers to occupy itself.

In captivity, if properly cared for, these birds will live from 15 to 32 years.