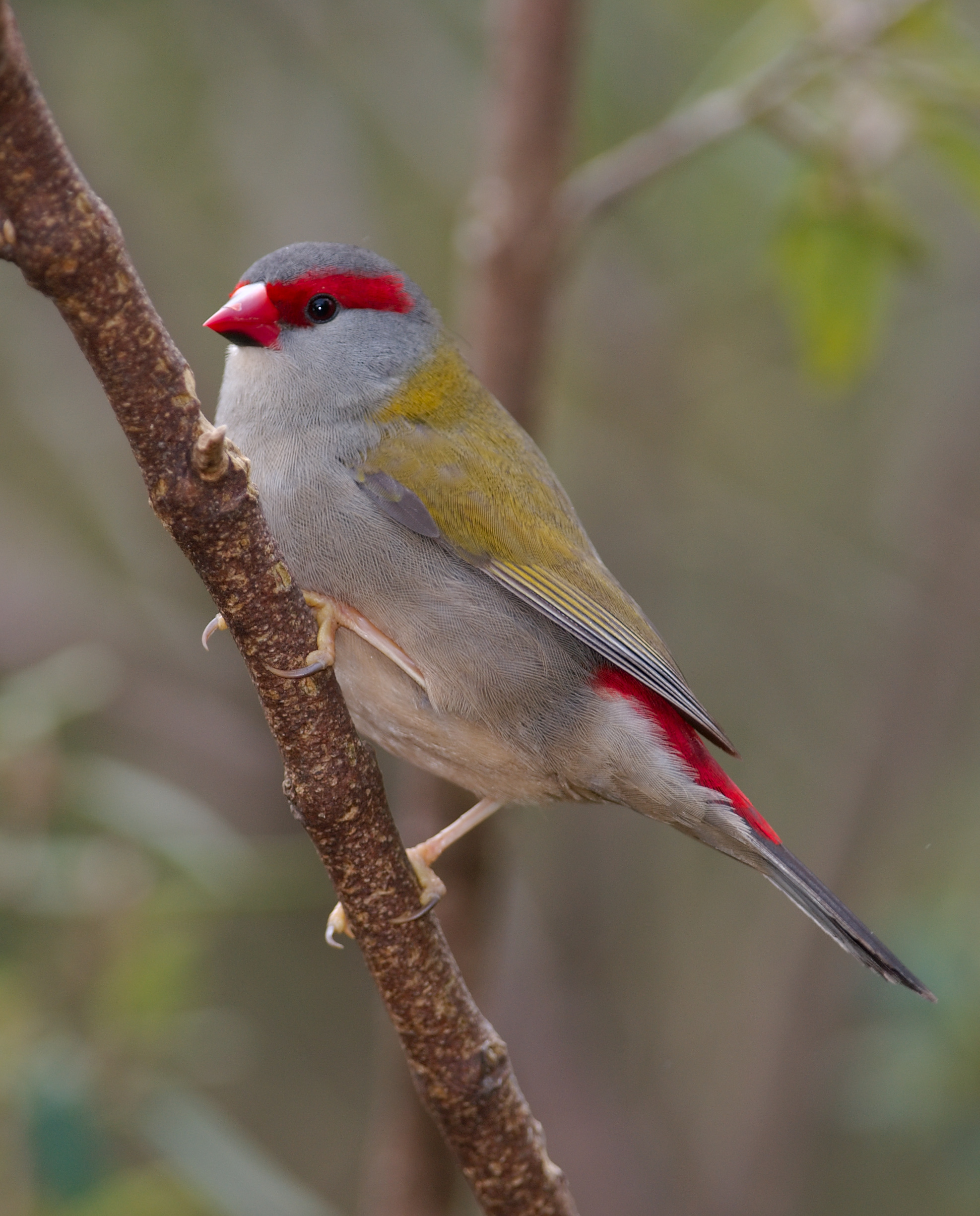 The red-browed finch (Neochmia temporalis) is an estrildid finch that inhabits the east coast of Australia. This species has also been introduced to French Polynesia. It is commonly found in temperate forest and dry savannah habitats. It may also be found in dry forest and mangrove habitats in tropical region.

The species is distinguished by the bright red stripe above the eye, and bright red rump. The rest of the body is grey, with olive wing coverts and collar. Juveniles do not have red brow marks, and lack olive colouration on the collar and wing coverts. The adults are 11–12 cm long.[2] 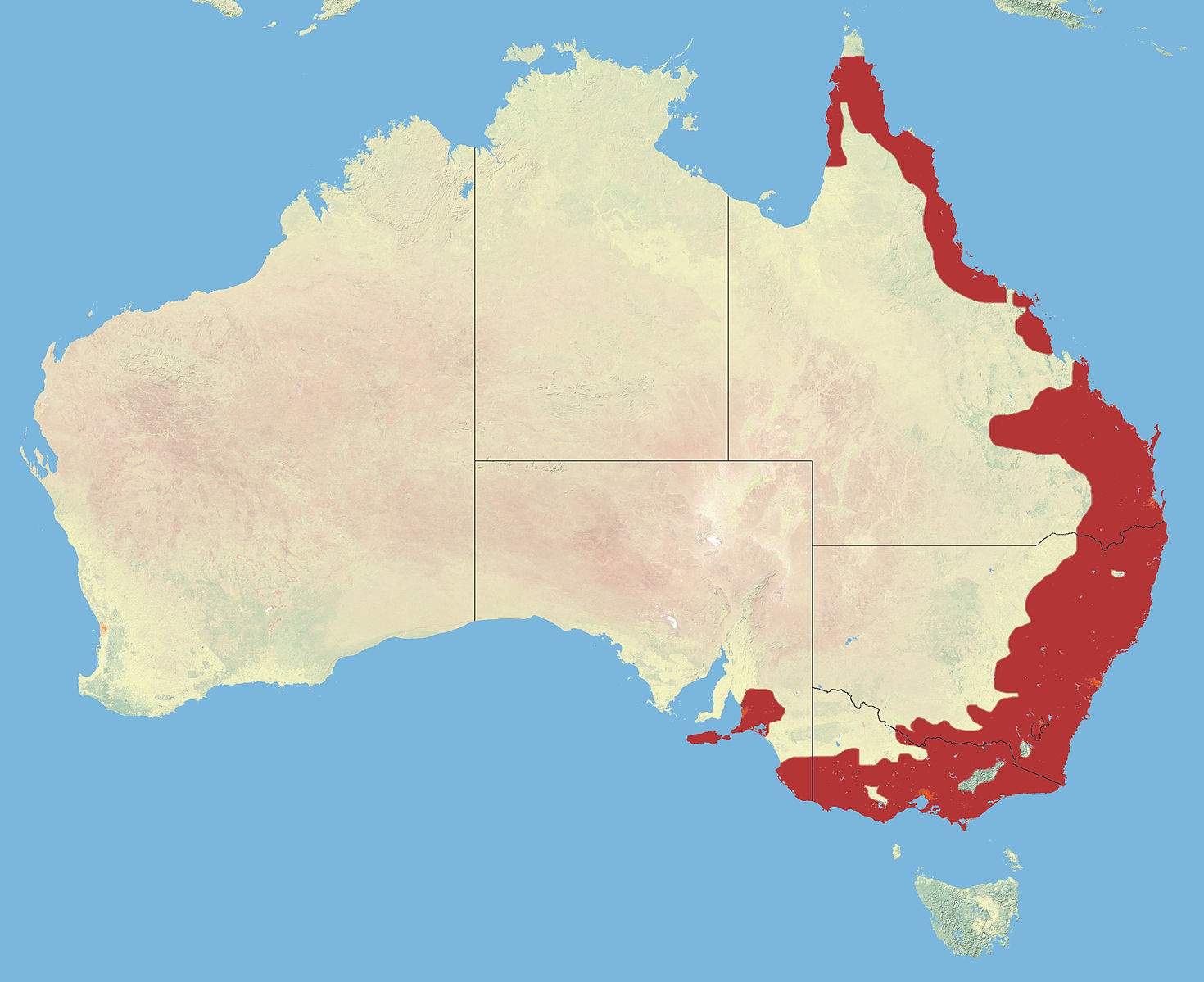 The finch is common in the south east of its range, from Brisbane to Melbourne. Subspecies N. t. minor is common between Cooktown and Townsville.[2] The species is listed as being of least concern on the IUCN Red List.[1][5] There are no key threatening processes for N. temporalis, although the Pest Animal Control CRC suggests that the introduced nutmeg mannikin (Lonchura punctulata), which currently threatens some native mannikins through increased competition, may be a minor threat to N. lateralis in northern Queensland.[6]

In regional areas the species needs adequate shrub density to provide cover and foraging places. The species has been noted to decline or even disappear in areas that have been cleared or grazed, especially in combination with drought.[7]

The red-browed finch is highly sociable, and is usually seen in small flocks of 10 to 20 individuals. Flocks are sedentary or nomadic in their local area. Flocks prefer semi-open woodland, especially edges of forests, where brushy scrub meets cleared areas, especially near creeks.

N. temporalis is a seed eater, living mostly on grass and sedge seed, but will happily feed on many non-native seeds. Wild birds will even enter large-mesh aviaries in suburban areas to eat seed, given the opportunity.[8]

The red-browed finch, like other weaver finches, builds a large domed nest, with a side entrance, out of grass and small twigs. Nests are usually built 2–3 metres above the ground in dense shrubs. Nesting is communal. Both parents share nest building, incubation of the eggs, and feed the young together.[9] Four to six white eggs are laid per clutch two or three times per year, between October and April. Juveniles are fully independent within 28 days.[10]

Red-browed finches are common aviary birds. The red-browed finch will sometimes hybridise with the star finch, crimson finch, and zebra finch if kept together in captivity.[11]

Origin and phylogeny has been obtained by Antonio Arnaiz-Villena et al.[12] Estrildinae may have originated in India and dispersed thereafter (towards Africa and Pacific Ocean habitats).