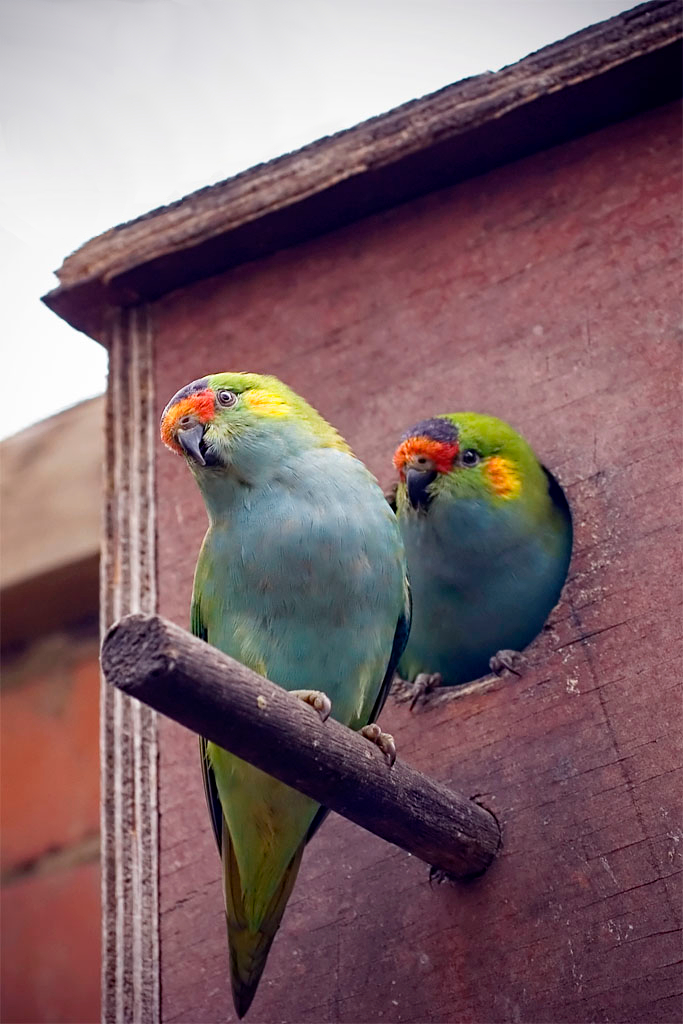 Measuring around 15 cm (6 in) long, the male purple-crowned lorikeet is a small lorikeet with a dark purple crown, a yellow-orange forehead and ear-coverts, deepening to orange lores, and green upperparts, tinted bronze on the mantle and nape. The chin, chest and belly are a conspicuous powder blue, while the thighs and under-tail coverts are yellowish-green. The green tail has some orange-red coloration at the bases of the lateral feathers. The large crimson patches under the wings are visible when the bird is in flight. The small beak is black, the iris brown and the feet grey. The female is similar but has a darker iris, paler ear coverts and lacks the crimson patches. Immature birds are duller and lack the purple crown.[4][6] Its call is a high-pitched loud tsit, as well as chattering while eating in treetops.[6] 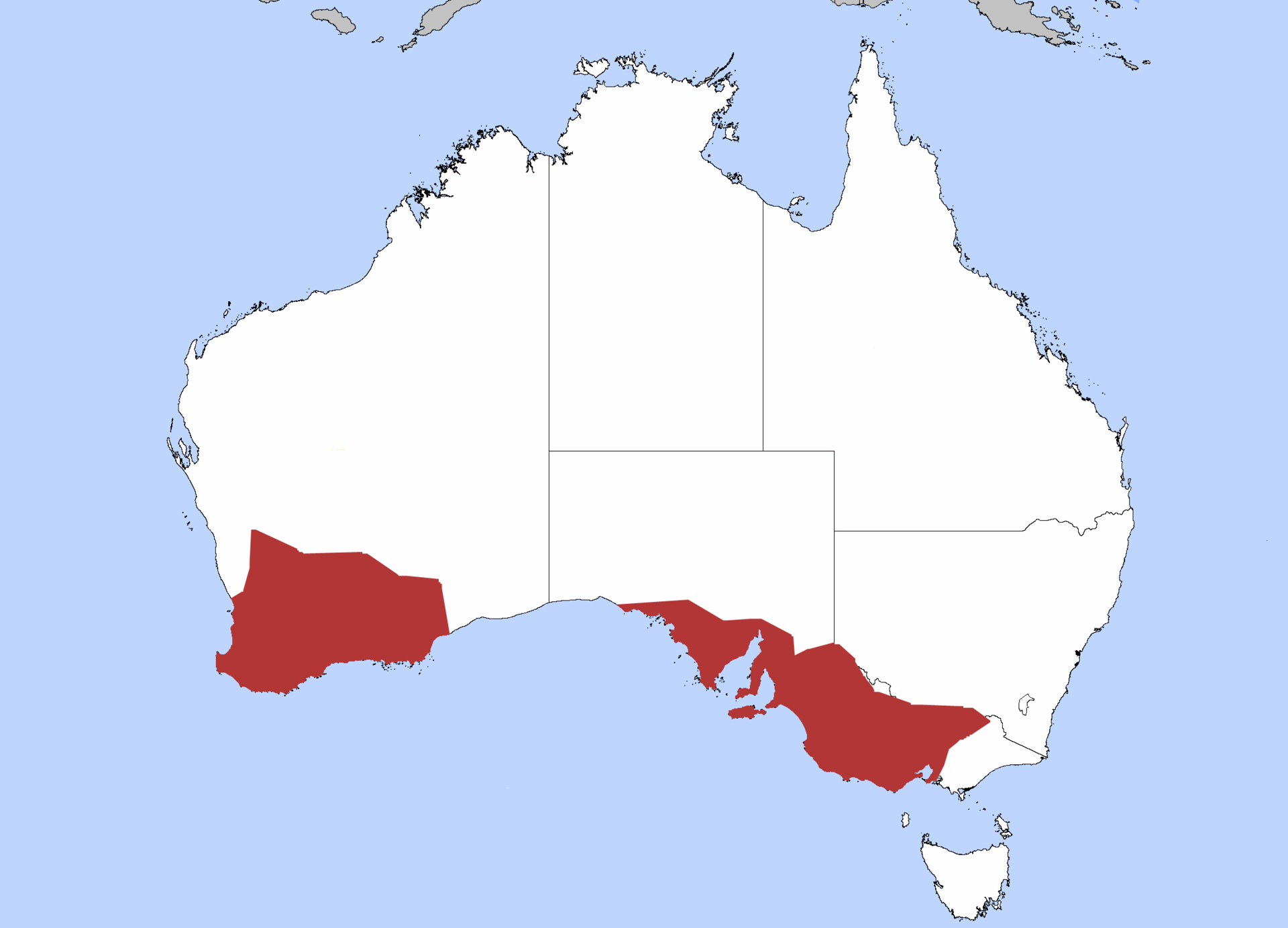 The purple-crowned lorikeet is found in southwest Western Australia, and in southern South Australia, east from the southern Eyre Peninsula, through the Gawler Range and southern Flinders Ranges and across Victoria to East Gippsland. It is also found on Kangaroo Island. It is not found in Tasmania.[7]

Locally nomadic, it is often found in dry sclerophyll forest, especially where Eucalyptus trees are flowering.[6][7]

Generally found in small groups, the species may congregate in larger flocks, and may be in the company of Little- and musk lorikeets.[6][7] It is a fast, straight flyer and dwells mainly in the forest canopy far above the ground.[5]

Blossoms of various Eucalyptus and Melaleuca species, and the boobialla (Myoporum insulare) are among material consumed.[6]

Breeding season is from August to December with one brood laid. The nest is a small hollow in a tree, often with a knot-hole entrance. Sometimes the species nests in colonies. A clutch of 2-4 matte white roundish eggs, measuring 20 x 17 mm, is laid.[8]The incubation period is around 17 days.[6]