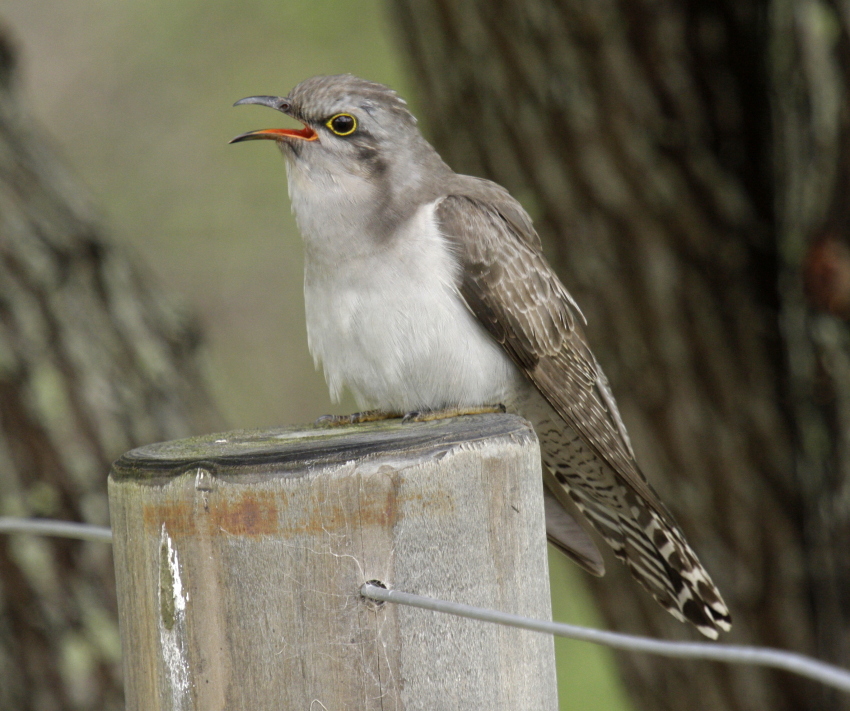 The pallid cuckoo (Cacomantis pallidus) is a species of cuckoo in the Cuculidae family. It is found in Australia, Christmas Island,Indonesia, and Papua New Guinea. Its natural habitats are subtropical or tropical dry forests and subtropical or tropical mangrove forests. Its egg weighs about 3.9g and it incubates for about 13 days.[2]

It is a fairly large bird, around 28 to 33 cm long, brown to grey-brown, with its darkest colour over its wings. It has a dark eye stripe and a yelloe ring around its eye. Females are generally darker than males, with dark brown or grey streaks on the forehead, top of the head and neck.

The call is a loud ascending too-too-too, often for long, extended periods of time. This incessant calling has lead to a nickname, the brainfever bird.

Their diets consist mostly of insects and insect larvae, feeding mostly by ambushing their prey from low branches and leaping on to their prey on the ground.

The Pallid Cuckoo is a common species of cuckoo, found largely throughout Australia.