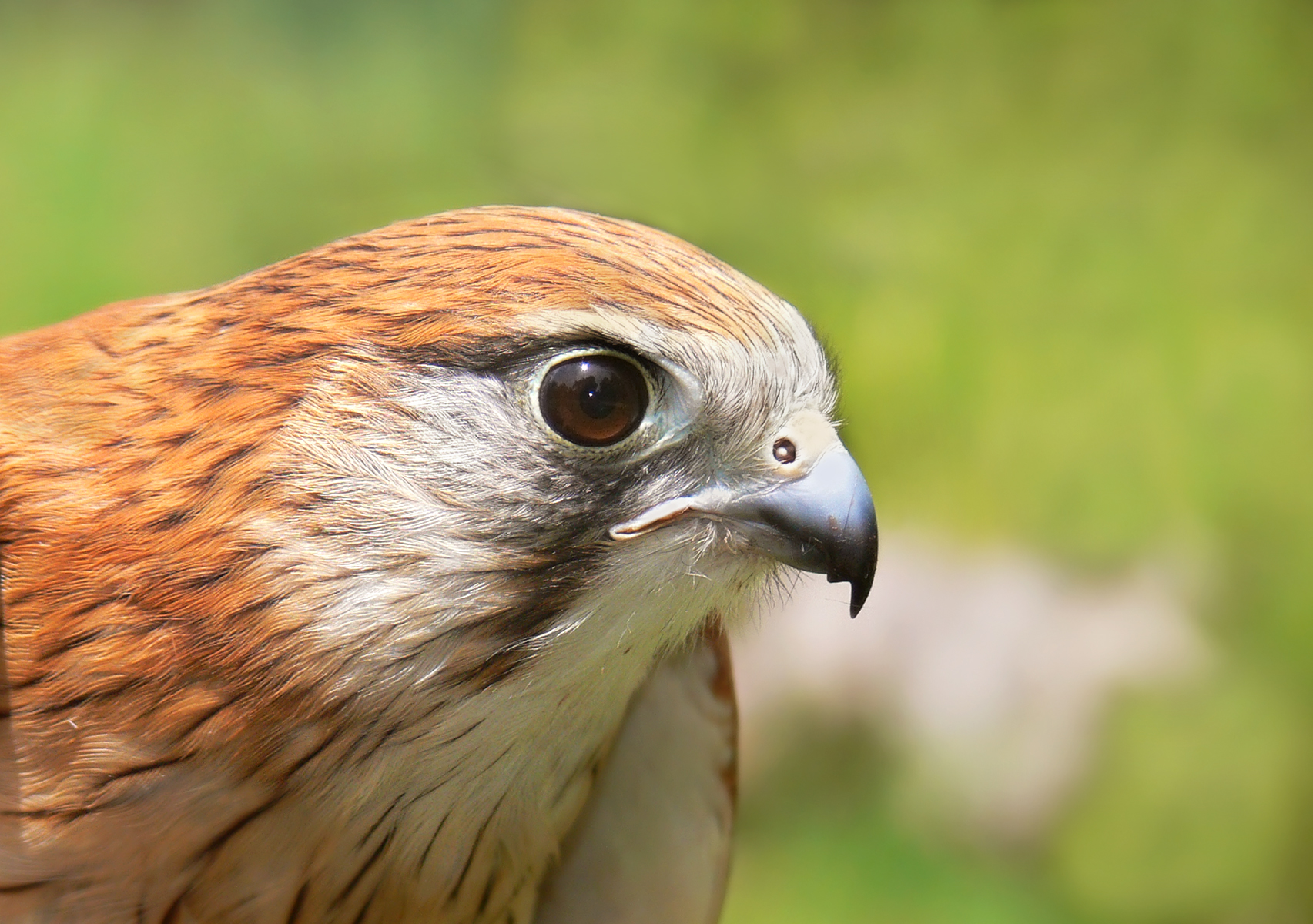 The Australian kestrel or nankeen kestrel (Falco cenchroides) is one of the smallest falcons, and unlike many, does not rely on speed to catch its prey. Instead, it simply perches in an exposed position, but it also has a distinctive technique of hovering over crop and grasslands. This bird is thought to be a very close relative of the common kestrel, and probably also the spotted kestrel. It seems to have evolved of ancestral common kestrels dispersing to the Australian region in the Middle Pleistocene—less than1 million years ago—and adapting to local conditions.[2]

A small, slim falcon (about 31 to 35 centimetres or 12 to 14 inches long), the nankeen kestrel is rufous or brown above and white or off-white below, with a black tail tip. Plumage varies considerably in detail, and some birds can look very scruffy, but the slim build, small size and distinctive straight-winged hovering habit make identification easy. It can be seen in Western Australia on coastal cliffs and windy conditions. Also seen on phone lines and power lines. (The only other Australasian raptors to hover are the elanid kites which are much lighter in colour and a little larger, and the brown falcon, which is much larger and more heavily built, and hovers only with difficulty). Altogether, it looks just like a pale, less patterned, and smaller derivate of the common kestrel, which it indeed is (see Gloger’s Rule, Bergmann’s Rule).

A very common and easily seen raptor, the nankeen kestrel is found in Australia, New Guinea, and nearby islands, and is an irregular visitor to New Zealand. It occupies any type of land that is not too densely vegetated, but in particular temperate grasslands and open woodlands. In the tropical north and the sandy deserts of the west, it has a patchy and seasonal distribution.

Like many Australian birds, it has no clear migratory pattern: in the grasslands of the south, established pairs are resident year round, but many other birds migrate north during the austral winter, or roam the arid interior following food supplies. 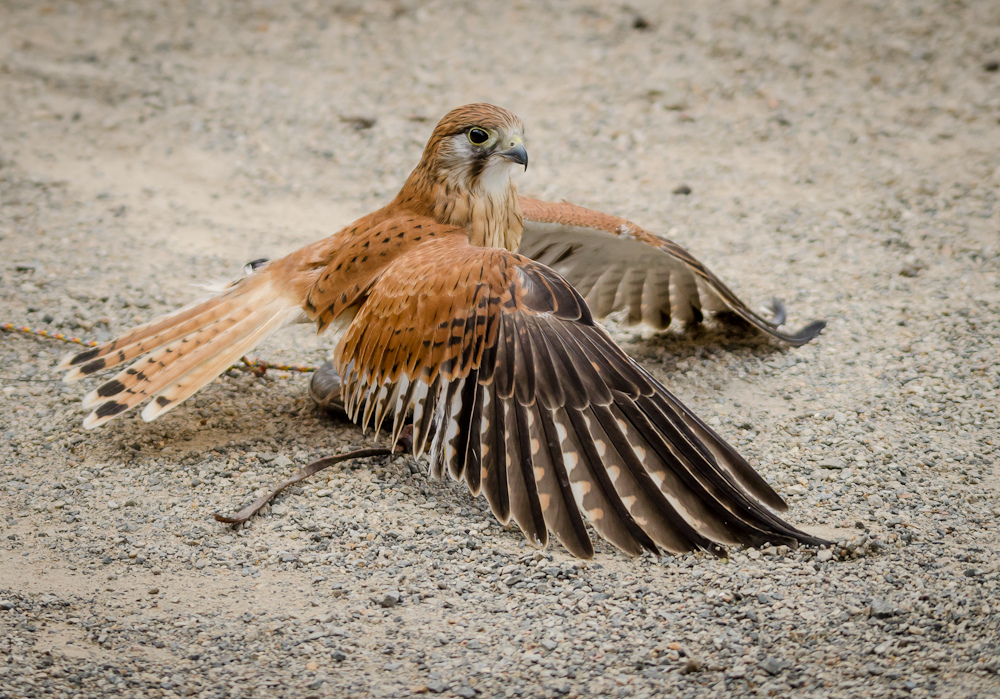 Diet is varied, with a large number of insects, but also small birds and reptiles, and in particular, small rodents, mostly mice. Nankeen kestrels are adaptable and hunt in a number of different ways: of these, simply perching in an exposed position (such as on a dead tree or a telephone pole) and watching for prey is the most common, but it is their habit of hovering motionless over crop and grasslands that is most distinctive.

Typically seen singly or in pairs, they can aggregate into loose flocks of up to 30 when conditions are right. Pairs are typically monogamous and may or may not disperse to different areas during the non-breeding season. The nest is any convenient structure: a tree hollow, cliff ledge or disused corvid’s nest, for example, and is not modified or added to by the kestrels.

Three to seven eggs are laid in late winter (usually about four) and incubated by the female alone. Hatching takes place after 26 to 28 days, and the male brings food while the female continues to incubate until the young are close to fledging, at which time the female leaves the nest to hunt for them too. Multiple broods are raised in good seasons.