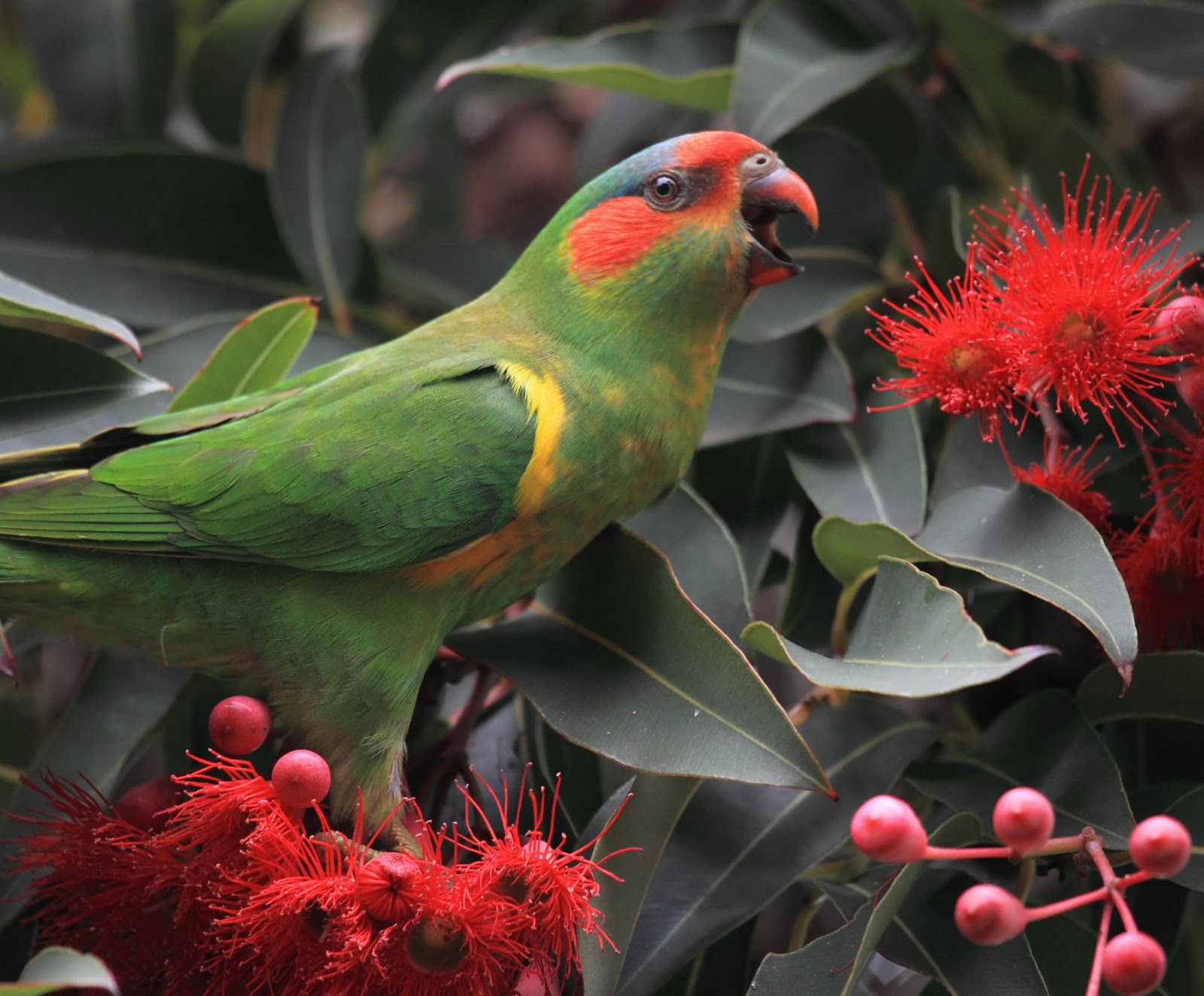 The musk lorikeet (Glossopsitta concinna) is a lorikeet, one of the three species of the genus Glossopsitta.[2] It inhabits south-central/eastern Australia. The musk lorikeet was first described by ornithologist George Shaw in 1790 as Psittacus concinnus, from a collection in the vicinity of Port Jackson in what is now Sydney. John Latham described it as Psittacus australis. Its specific epithet is the Latin concinna “elegant”.[3] Other common names include red-eared lorikeet, and green keet,[4] and formerly a local Sydney indigenous term coolich.[5] The names green leek and king parrot have been incorrectly applied to this species in the past.[4]

The musk lorikeet is 22 centimetres (8.7 in) long. It is mainly green and it is identified by its red forehead, blue crown and a distinctive yellow band on its wing. Both upper and lower mandibles of the beak are red at the tip and darker near its base. The blue area on the crown of the female is smaller and paler than seen on the male.

Musk lorikeets are one of the few animals with the plasticity to survive and thrive in rapid urbanization.[7] Over the past 30 years, flocks of musk lorikeets have been adopting Australia’s cities, such as Melbourne and Sydney.[8]

The partial reason for musk 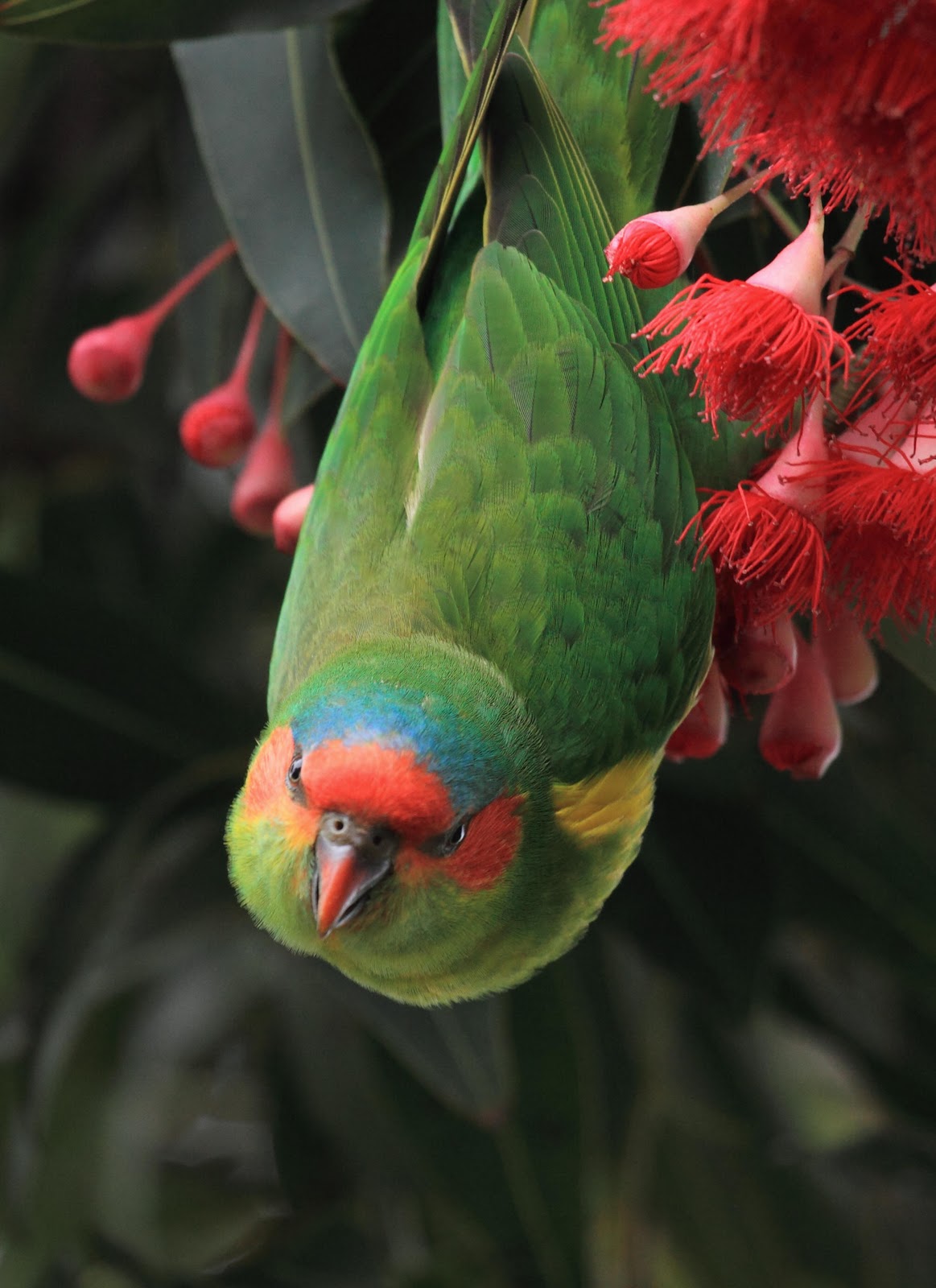 lorikeets’ move to, and success in, urban areas is the planting of various nectar-producing plants throughout the city. They have evolved to consume nectar as a part of their major food source and can be found foraging in the blooming canopies of eucalyptus forests.[9]

Unlike their natural habitat, the city plants are regularly maintained and so they have become a more reliable food source. Because the nectar plants tend to be most dense in the outer urban areas, most of the population prefers the outer urban areas, which allows for more feeding and roosting opportunities, rather than the inner ones. Although, there have been sightings of these lorikeets in the inner city regions but in reduced numbers; most likely from reduced vegetation.[10]