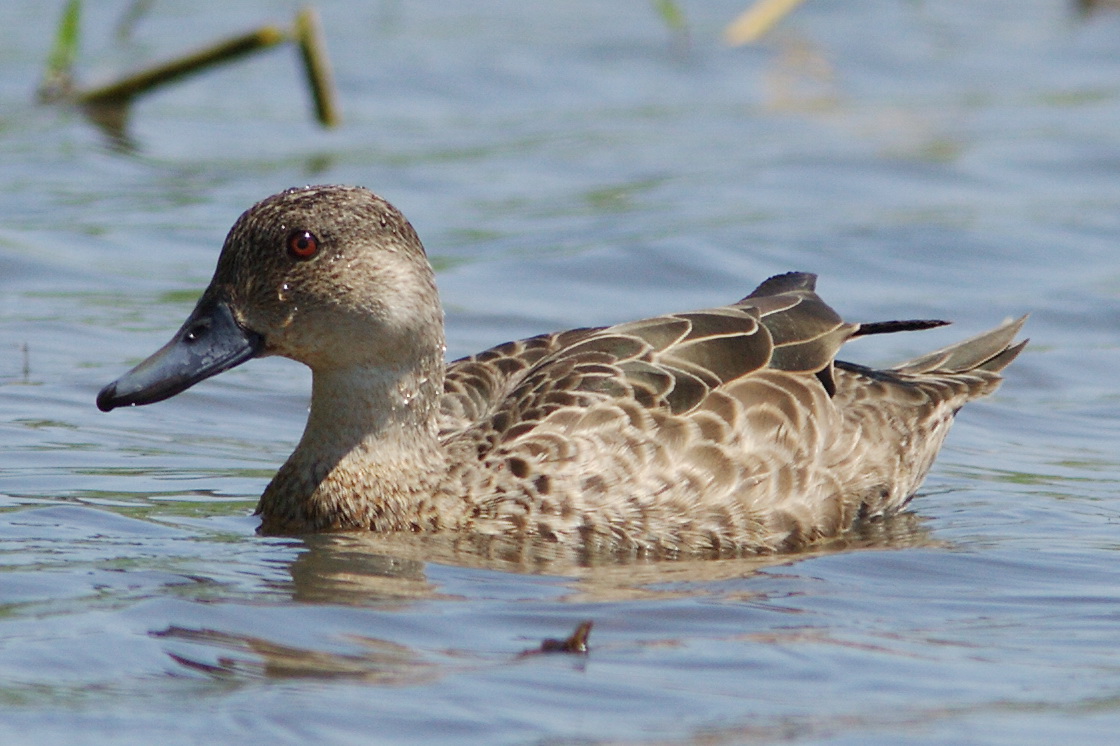 The grey teal (Anas gracilis) is a dabbling duck found in open wetlands in Australia and New Zealand.

This is a mottled brown duck with white and green flashes on its wings. The male and female grey teal share the same colouration, in contrast to the related chestnut teal, whose male and female are strikingly different. The grey teal has almost identical colouration to the female chestnut teal and the Grey can only be distinguished by its lighter coloured neck and paler face. Juveniles are paler than adults, especially on the head.

The grey teal nests near its favoured freshwater lakes and marshes, usually on the ground, but also in tree holes or rabbitburrows.

This is a vocal duck, especially at night. The male gives a soft preep, and the female has a loud quack.

The grey teal is a gregarious species. In Australia it is nomadic, rapidly colonising suitable habitat following rain. In 1957, large numbers fled Australia, moving to New Zealand to escape drought.

It was formerly considered a subspecies of the Sunda teal, as Anas gibberifrons gracilis.

Widespread throughout its large range, the grey teal is evaluated as Least Concern on the IUCN Red List of Threatened Species.[1]

It is often mistaken for a female chestnut teal, due to similar colouring.