by Nature Mates on September 24, 2015 in Birds, Butcherbirds & magpies 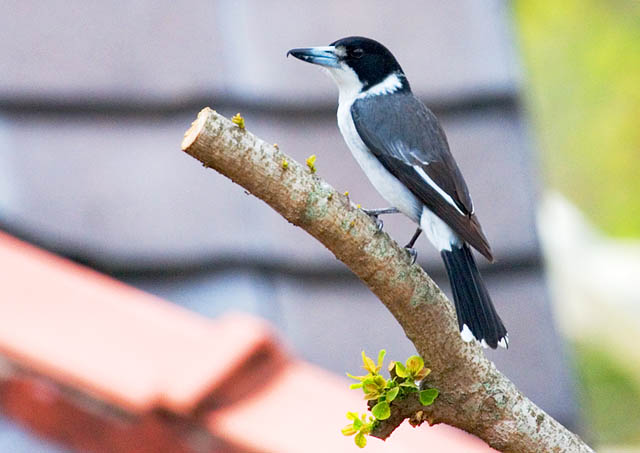 The Grey Butcherbird has a black face and a grey back, with a thin white collar. They have grey wings with white underneath. The eye is dark brown and the legs and feet are grey. Both sexes are similar in appearanc, but the females are slightly smaller than the males.

It has a characteristic “rollicking” birdsong.  The grey butcherbird preys on small vertebrates including other birds.

Other birds in the same family include the Australian magpie, the currawongs, woodswallows and other members of thebutcherbird genus Cracticus. 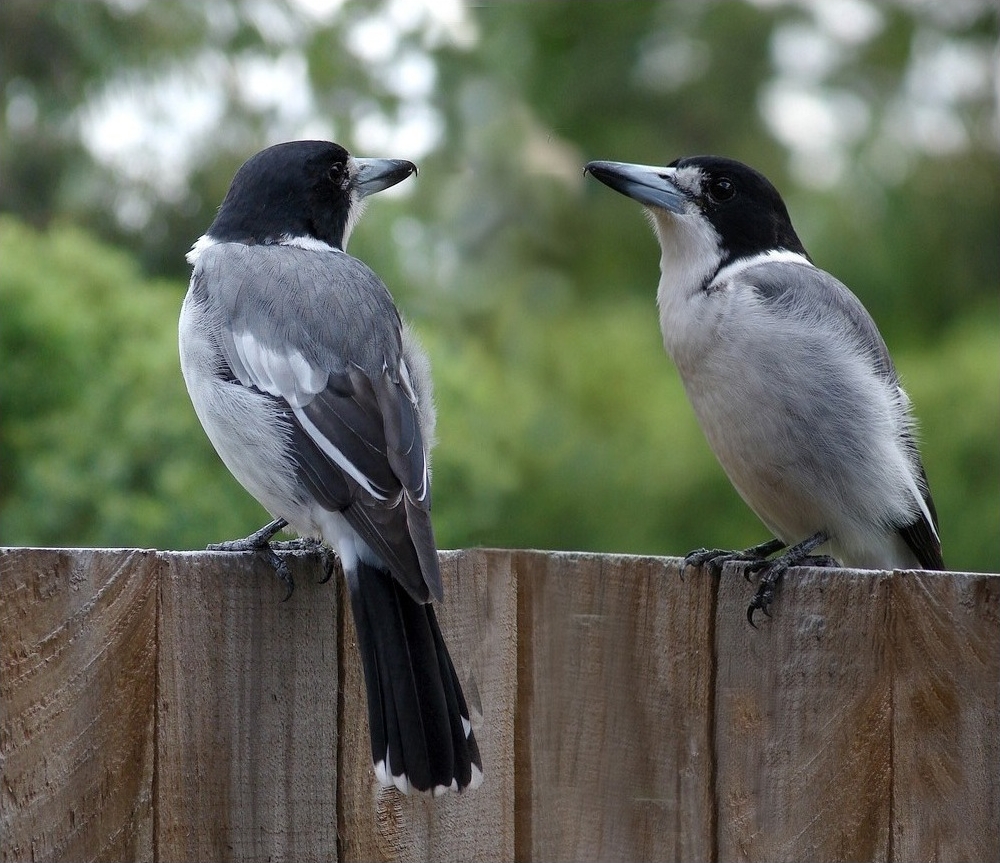 The grey butcherbird (Cracticus torquatus) is a widely distributed species endemic to Australia. The grey butcherbird occurs in a range of different habitats including arid, semi-arid and temperate zones. It appears to be adapting well to city living, and can be encountered in the suburbs of many Australian cities including Sydney and Brisbane.