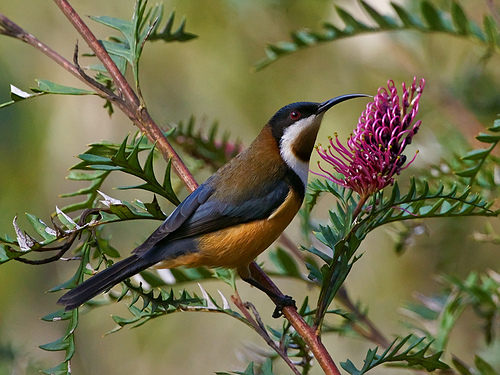 The male eastern spinebill is 13–16 cm (5–6 in) long, and has a long thin downcurved black bill with a black head, white throat with a reddish patch and red iris. It has a brownish-red nape, a grey brown back and pale cinnamon underparts. The dark tail is tipped with white laterally. Females and juveniles are smaller and duller. The call is a rapid piping.[8] 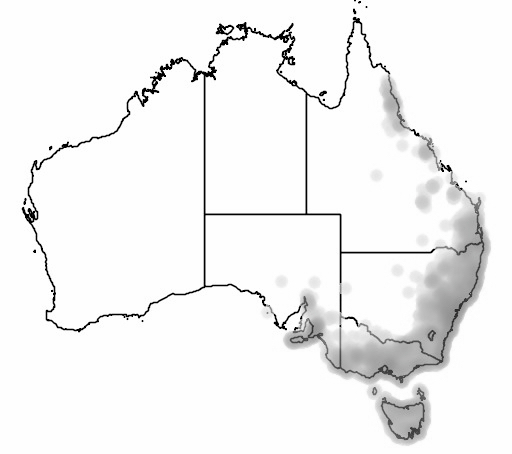 Eastern spinebills are found in dry sclerophyll forest, scrub and heathland from the Cooktown area in North Queensland south through New South Wales east of the Great Dividing Range, through Victoria and into the Flinders Ranges in eastern South Australia as well as throughout Tasmania. Adaptable, they can be found in urban gardens with sufficient vegetation to act as cover and a food source.

Breeding season is from August to December, with one or two broods raised. The nest is a deep cup-shaped structure of grass and bark lined with feathers, generally in the fork of a small bushy tree or shrub. The clutch is one to four, with two being the average, pinkish eggs with dark reddish brown blotches and spots 17 x 13 mm in size.[9] The female incubates the eggs for 13 to 16 days before hatching. Both parents feed the chicks and remove the faecal sacs from the nest. 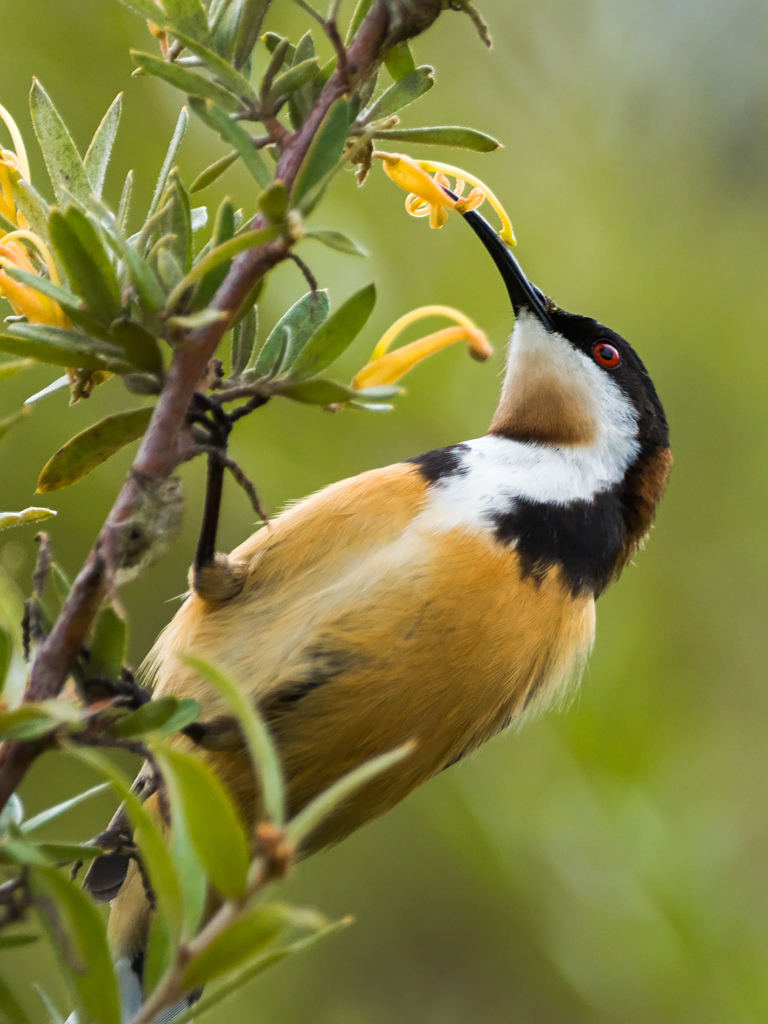 The eastern spinebill feeds on nectar from many plants, including the blooms of gum trees, mistletoes Amyema spp., Epacris longiflora,[10] Epacris impressa (common heath), Correa reflexa, and various members of the Proteaceae such as Banksia ericifolia,[11] Banksia integrifolia, Lambertia formosa and Grevillea speciosa, as well as small insects and other invertebrates. A 1982 study in the New England National Park in north-eastern New South Walesfound that there was a large influx of birds coinciding with the start of flowering of Banksia spinulosa there.[10] They have been known to feed from exotic plants such as fuchsias.[12]