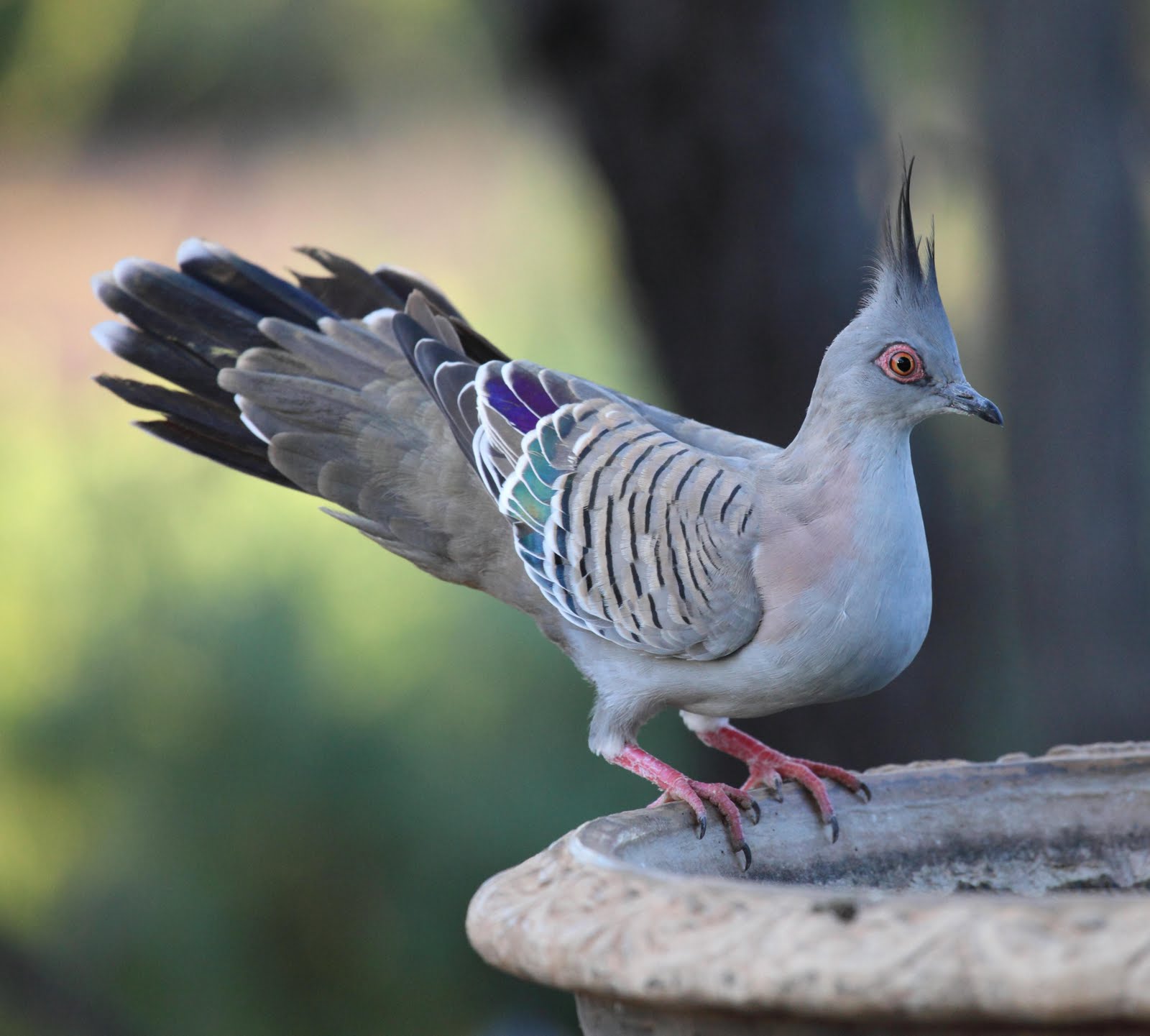 The length of the crested pigeon varies from 30 to 34 centimetres (12 to 13.6 inches). Colouration is grey with tinges of brown and green. It has a feathered but slender, black spike on top of the head. They run with the crest erect. The periorbital skin is bright orange. Wings have black stripes and are bronzed, while the primary feathers have colourful areas of brown, purple, blue and green. Immature birds have duller colours with no bronzing on the wings.

If startled, the crested pigeon will take to the air with a distinctive whistling ‘call’, the source of the noise can be attributed to the way the air rushes over a modified primary feather found on the wings.[2] 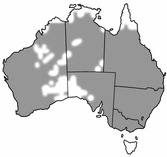 Habitat is grasslands, brush and wooded areas but they can also be seen at watercourses, homestead gardens, pastoral areas, sports grounds, and golf courses. Their habitat has expanded since settlement has produced pastoral lands (previously they were only found in inland and Western Australia). Foraging for grain, has adapted to grain farming areas, often feeding on the noxious weed of Salvation Jane. 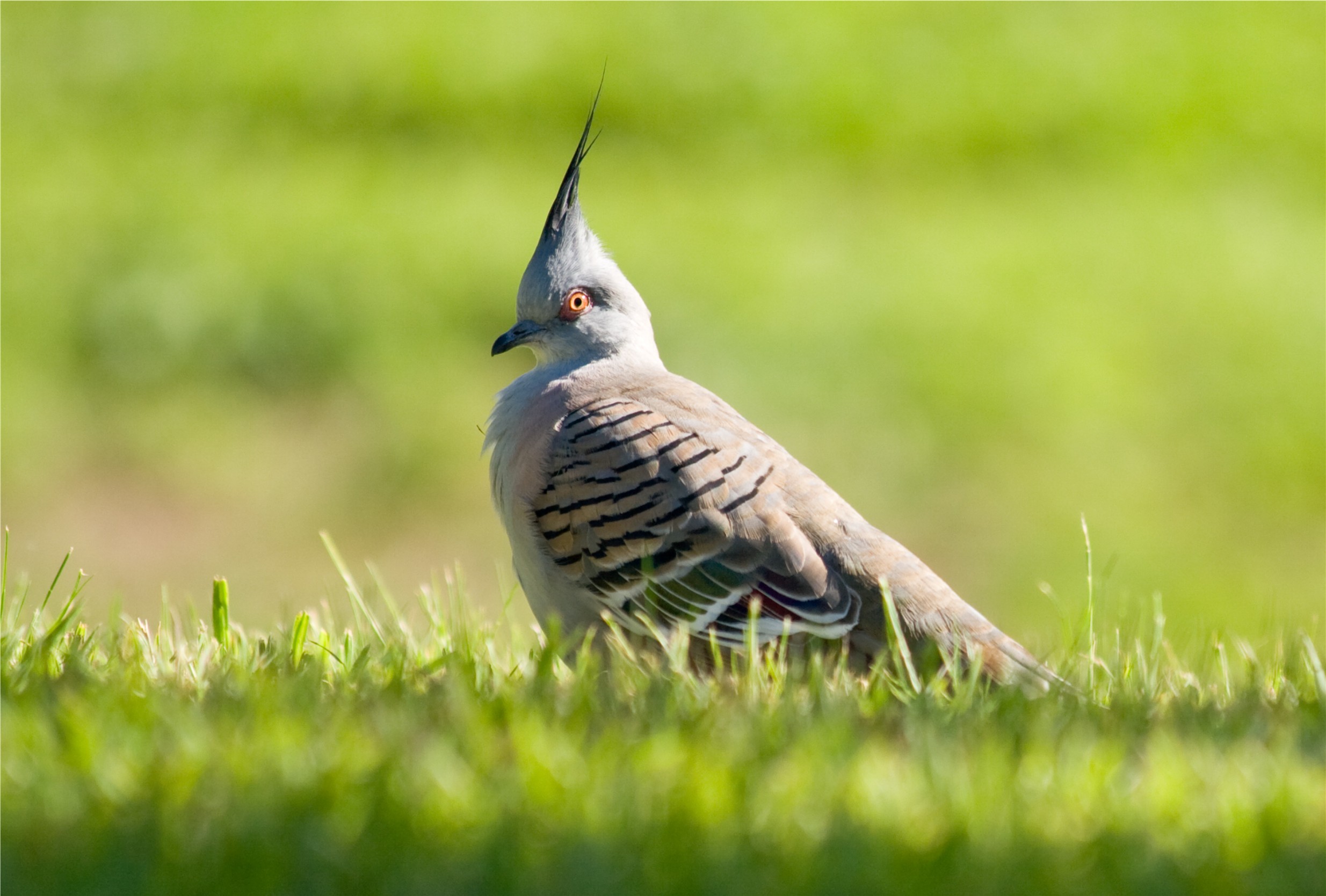 Their most distinctive behaviour is the beating and whistling sound their wings make when they take off. This is most likely to draw the attention of predators to birds on the wing, and away from any birds remaining on the ground and as an alarm call to other pigeons.[3] When the birds land, the tail tilts upwards and the flight patterns are similar to the those of the spotted turtle dove. They are generally solitary. Although they can be seen in pairs, they can be highly social and tend to be seen in packs. They are highly gregarious birds when in contact with humans.

While they breed throughout the year, it is more common in the warmer months. Males approach females and begin an elaborate mating dance; they bob their bodies up and down, while opening and closing their wings like a fan with each bob. This is accompanied by a soft hooting which is timed with the bobbing. If the female is interested, she will remain generally stationary as the male approaches, until copulation is attempted. Nesting usually occurs in shrubs or trees. Nests usually consist of a platform of twigs. They lay two oval, white and glossy eggs. The eggs usually hatch 3 weeks after they were laid. Both parents incubate the eggs.