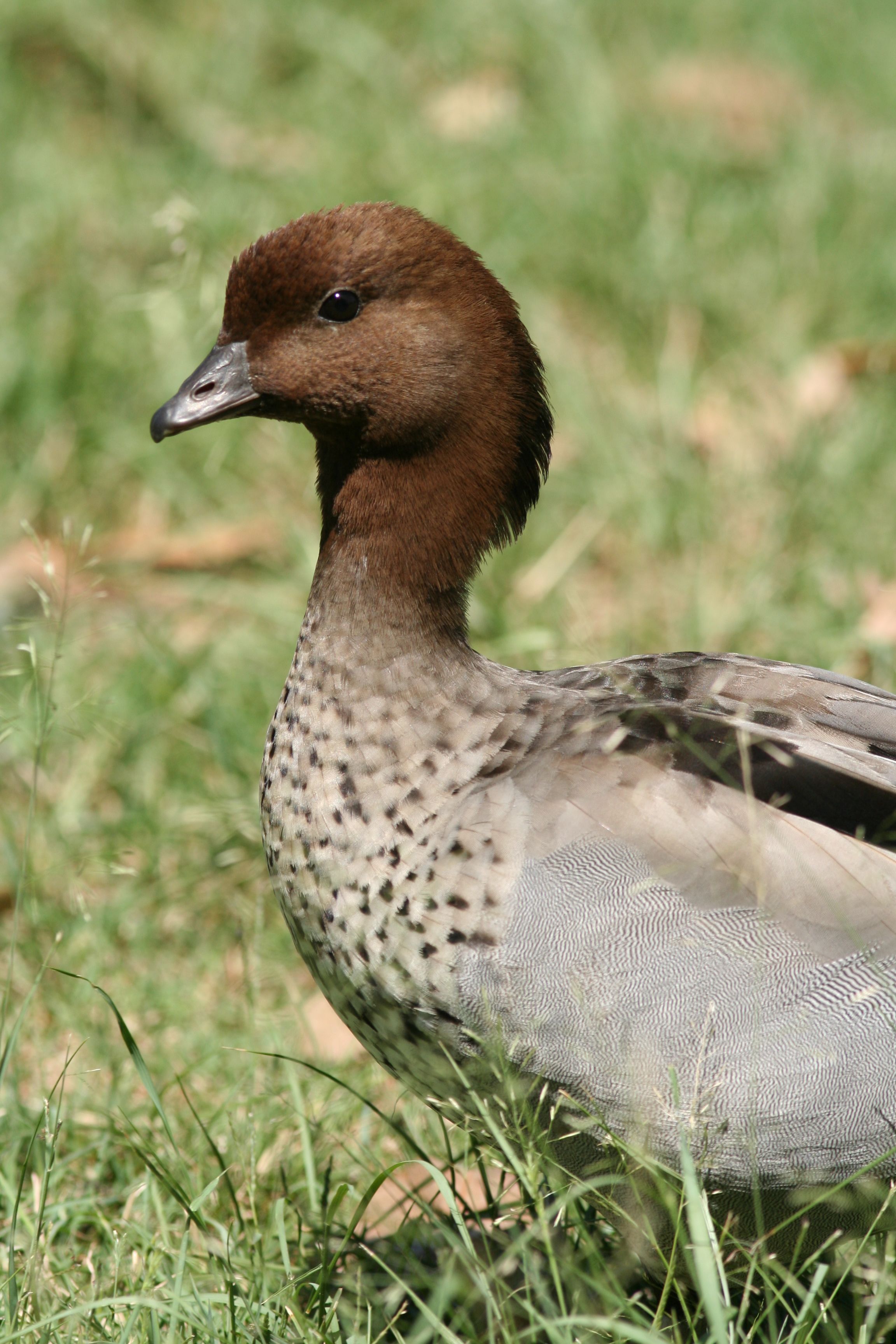 This 45–51 cm duck looks like a small goose, and feeds mostly by grazing in flocks.

The male is grey with a dark brown head and mottled breast. The female has white stripes above and below the eye and mottled underparts. Both sexes have grey wings with black primaries and a white speculum. Juveniles are similar to adult females, but lighter and with a more streaky breast.

Australian wood duck flies fairly slowly and low through the trees if disturbed. In random manner, it can fly swiftly and easily. It is an accomplished flier.

Australian wood duck is widespread in its range. This species has benefited from agriculture developments, with creation of dams and pools. It is classified as a game bird, and killed by licensed hunters. It is also considered as pest, because it damages crops and pastures. This species is not threatened, and numbers are stable. 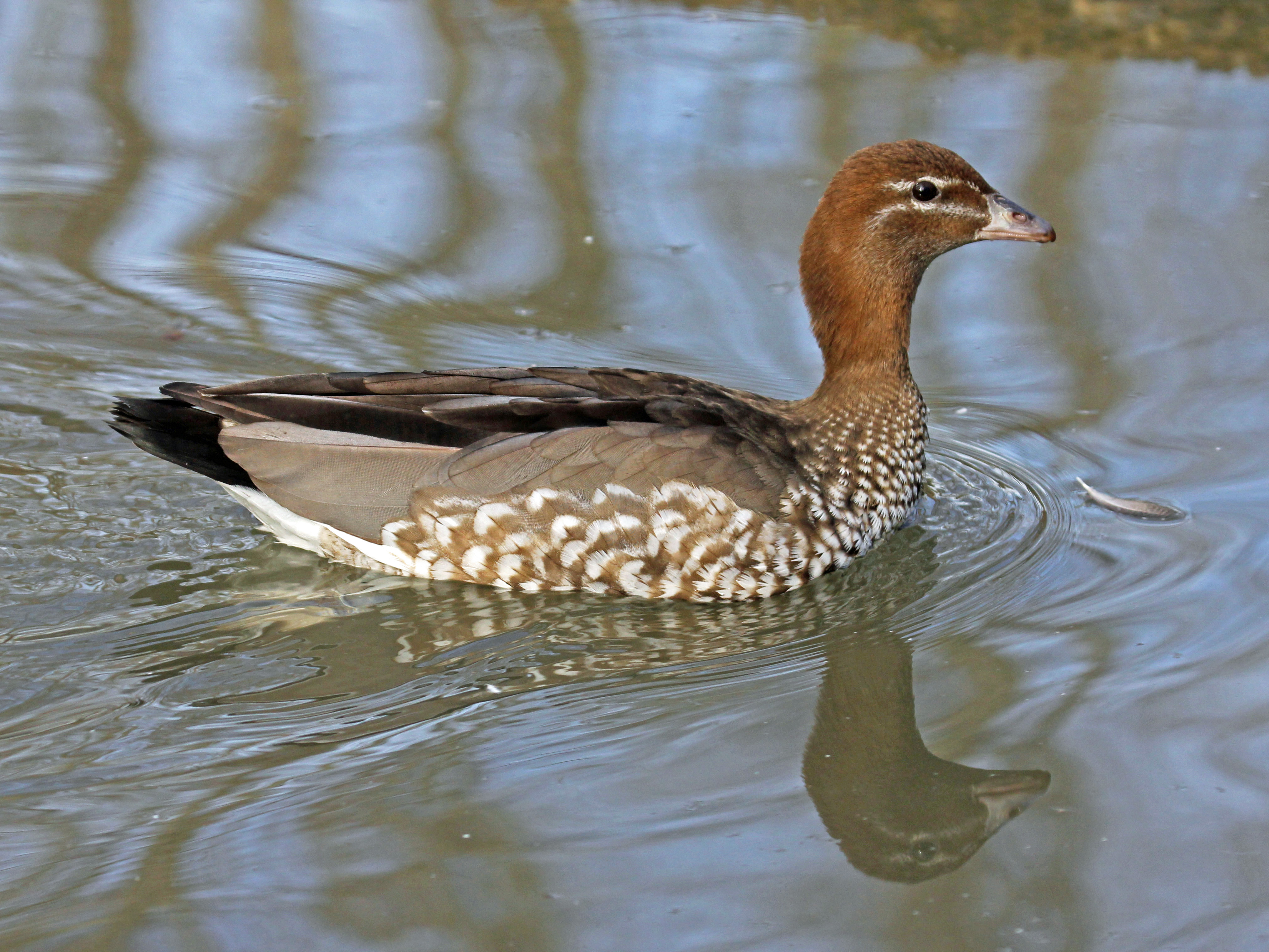 Australian wood duck nests in cavities in trees or in nest-boxes above or near water. Nest is made with a pile of down.

This duck nests in a tree cavity laying 9–11 cream-white eggs, similar to the Mandarin ducks.[6] The female incubates them while the male stands guard. Once the ducklings are ready to leave the nest, the female flies to the ground and the duckling will leap to the ground and follow their parents. Like Mandarin drakes, the males also secure their ducklings closely along with the females. 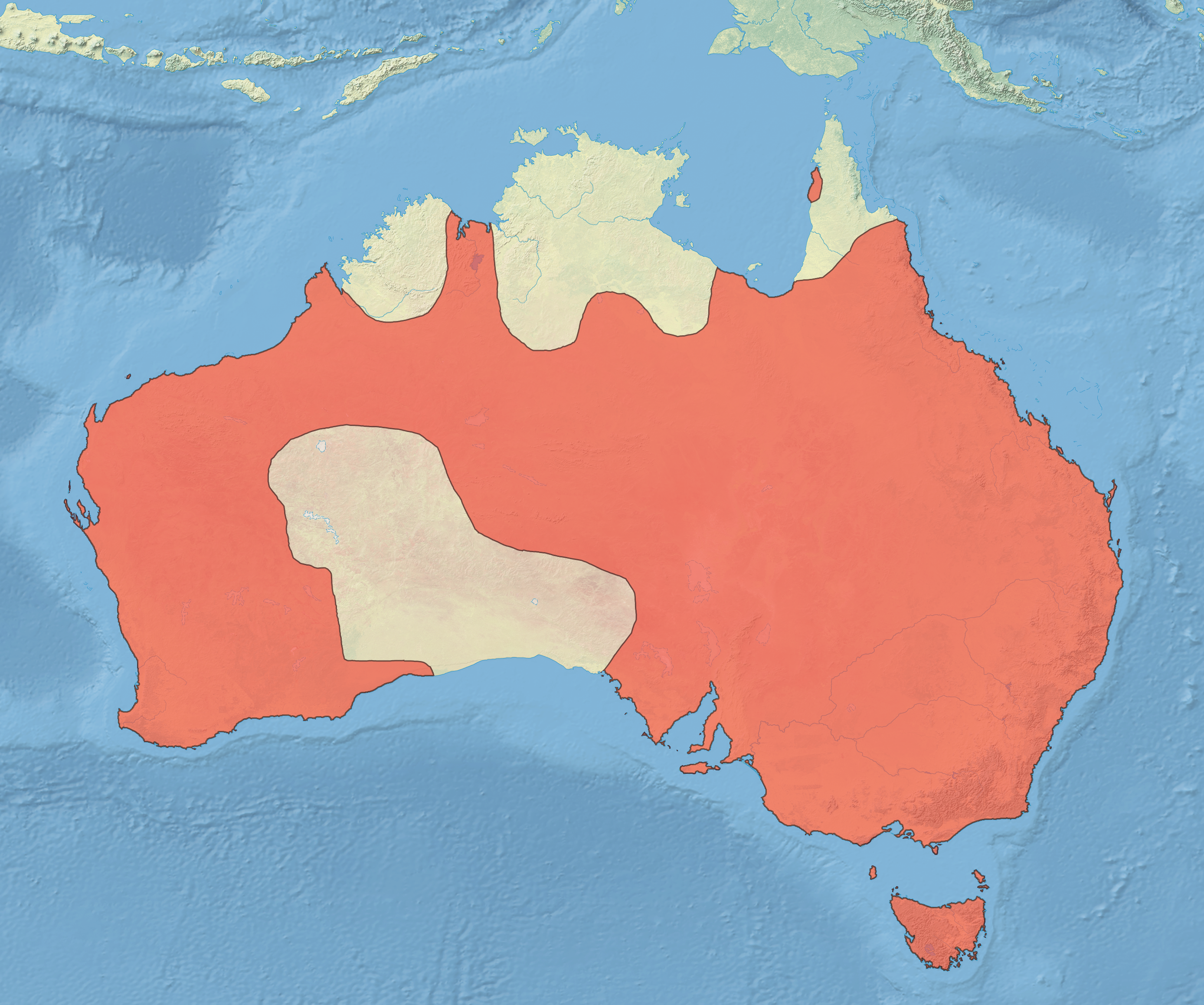 The Australian wood duck is widespread in Australia, including Tasmania. The Australian wood duck is found in grasslands, open woodlands, wetlands, flooded pastures and along the coast in inlets and bays. It is also common on farmland with dams, as well as around rice fields, sewage ponds and in urban parks. It will often be found around deeper lakes that may be unsuitable for other waterbirds’ foraging, as it prefers to forage on land.

The Australian wood duck eats grasses, clover and other herbs, and occasionally, insects. It is rarely seen on open water, preferring to forage by dabbling in shallow water, or in grasslands and crops.

The Australian wood duck can be distinguished from pygmy geese, Nettapus spp, which are smaller, have bold white face markings and are usually seen on water. Whistling ducks, Dendrocygna spp, have longer legs and necks, larger more duck-like bills and tend to walk more upright. When flying, the Australian wood duck is the only duck with white secondary feathers and dark wingtips.

The most common call is a loud, rising gnow sound.[6] The male call is shorter and higher than the females. Staccato chattering is also present in flocks.[6]